The constellation of Orion is one of the most beautiful constellations in the sky. Among the brightest stars in it is Betelgeuse, a red supergiant located on Orion’s right shoulder. It is 630 times bigger than our Sun. There is also Rigel on Orion’s left knee. This is a blue supergiant 80 times bigger than our Sun. And finally Bellatrix is a more modest star on Orion’s left shoulder. At the centre of the constellation there are also 3 stars: Alnitak, Mintaka and Alnilam forming Orion's belt, and which are also called "the three kings" or "the three magi". 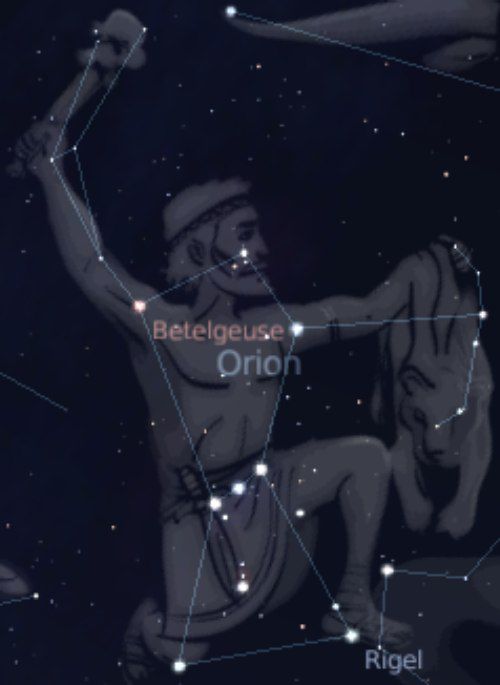