In Greek mythology this constellation represented the Nemean lion that came from the Moon on a comet. It was invincible and terrorised the population of the Nemea valley. It was Hercules who strangled it with his bare hands in the first of his twelve labours. Hercules took its skin to dress himself and was thereby protected from enemy arrows. When Hercules died, he was sent to heaven with the lion where they formed two neighbouring constellations. 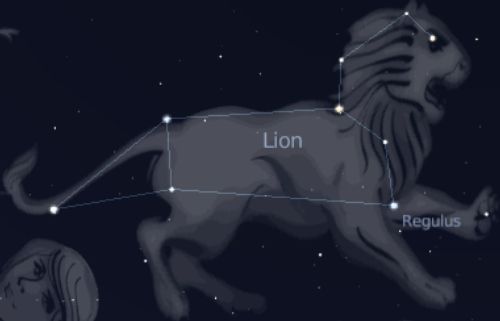