In Greek mythology for some people the constellation of Capricorn represented Amalthea, the goat that suckled Zeus during his childhood. To others it represented Pan fleeing from the monster Typhon. After taking the form of a goat he wanted to change into a fish. But on diving into the water, his transformation failed and only his hind quarters became fish. This is why the constellation represents a goat with a fish tail. 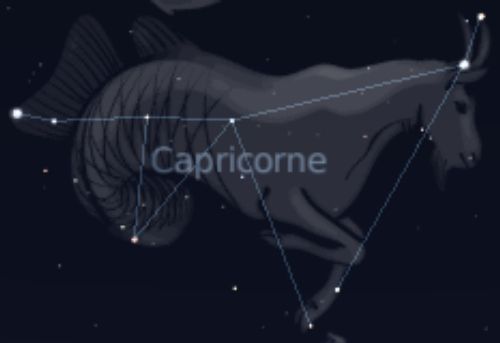