In mythology, Andromeda was the daughter of Cassiopeia and Cepheus. Her beauty was such that the sea nymphs were jealous and asked Poseidon, their father, to get rid of her. He sent Cetus, a monster, whose anger could only be appeased by offering Andromeda in sacrifice. Promised to a certain death, the princess was saved by Perseus who petrified Cetus.

This constellation is not very spectacular, with only 3 bright stars (of magnitude greater than 3) forming a sort of handle attached to the square of Pegasus: the combination looks like a large saucepan.

Look out for: M31, one of the closest galaxies to us, and the only one observable with the naked eye in the northern hemisphere, and its satellites M32 and M110. 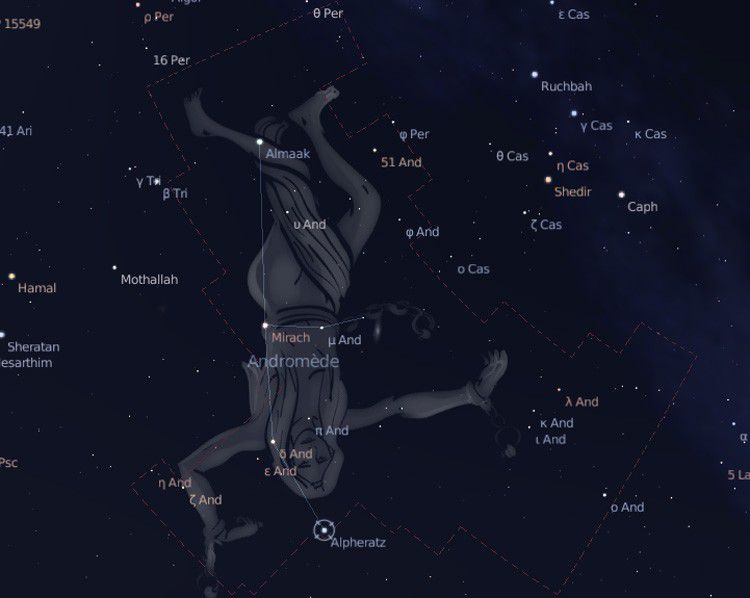