The asteroid belt lies between the orbits of Mars and Jupiter. In it there are hundreds of thousands of objects of sizes varying from specks of dust to planetoids several hundred kilometres wide. Vesta and Pallas, of a diameter of about 500 kilometres, are the largest members of the group. Ceres, at 950 kilometres, is in a class apart: since 2006 the International Astronomical Union has classified it in the family of dwarf planets because of its spherical shape.

The asteroid belt is a relic of the primitive solar system. Whereas planets were formed by accretion, the region between Mars and Jupiter underwent the effects of orbital resonance produced by the giant gas planet which limited the accretion phenomena: the acceleration of the planetesimals produced many collisions and these disruptions prevented the formation of a planet in this orbit.

The dust produced by the collisions between asteroids is spiralling slowly towards the Sun, creating the zodiacal light. 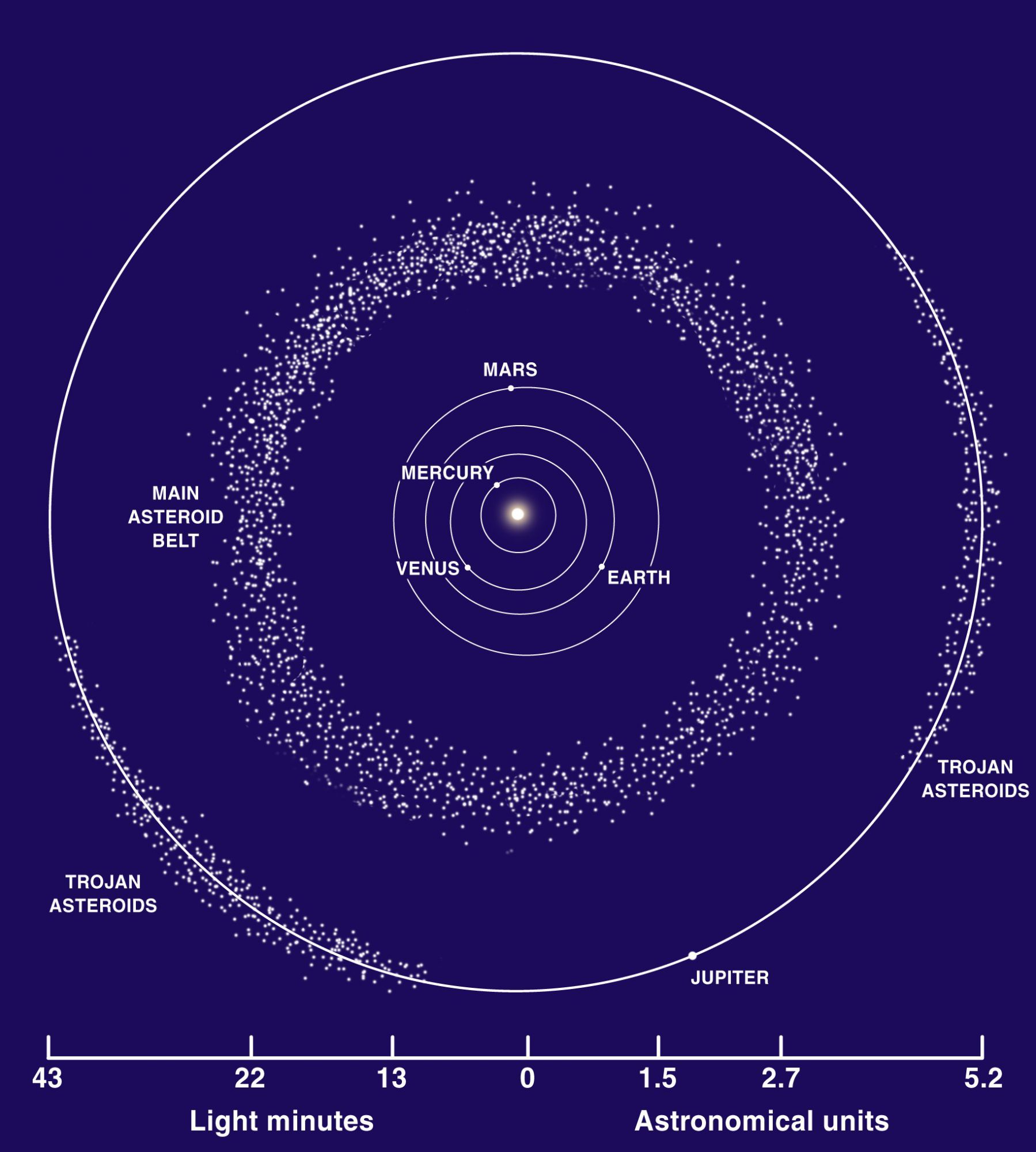 The asteroid belt between Mars and Jupiter. Credits DR.