Arp's loop (from the name of its discoverer Halton Arp) is a vast structure in the shape of an arc of a circle studied in the 1960s, that can be seen in the upper right corner of the photo of the M81 galaxy below.

Characteristics and location of Arp's loop

It is thought to be a gravitational tidal arch, i.e. of matter torn away from M81 by the gravitational effect of its neighbour, the M82 galaxy. But from recent observations, Arp's loop is actually in our own Milky Way galaxy. This means that, contrary to appearance, it is in the foreground of the M81 photo. The loop's colours, both in the infrared and the visible, are very similar to those of galactic cirrus, the clouds of dust that are located a few hundred light-years above the plane of our galaxy. Arp's loop would then actually, and contrary to appearances, be in the foreground of this photo, quite close to the Milky Way, while the M81 spiral galaxy is some 11.8 million light-years away, in the southern constellation of Ursa Major. 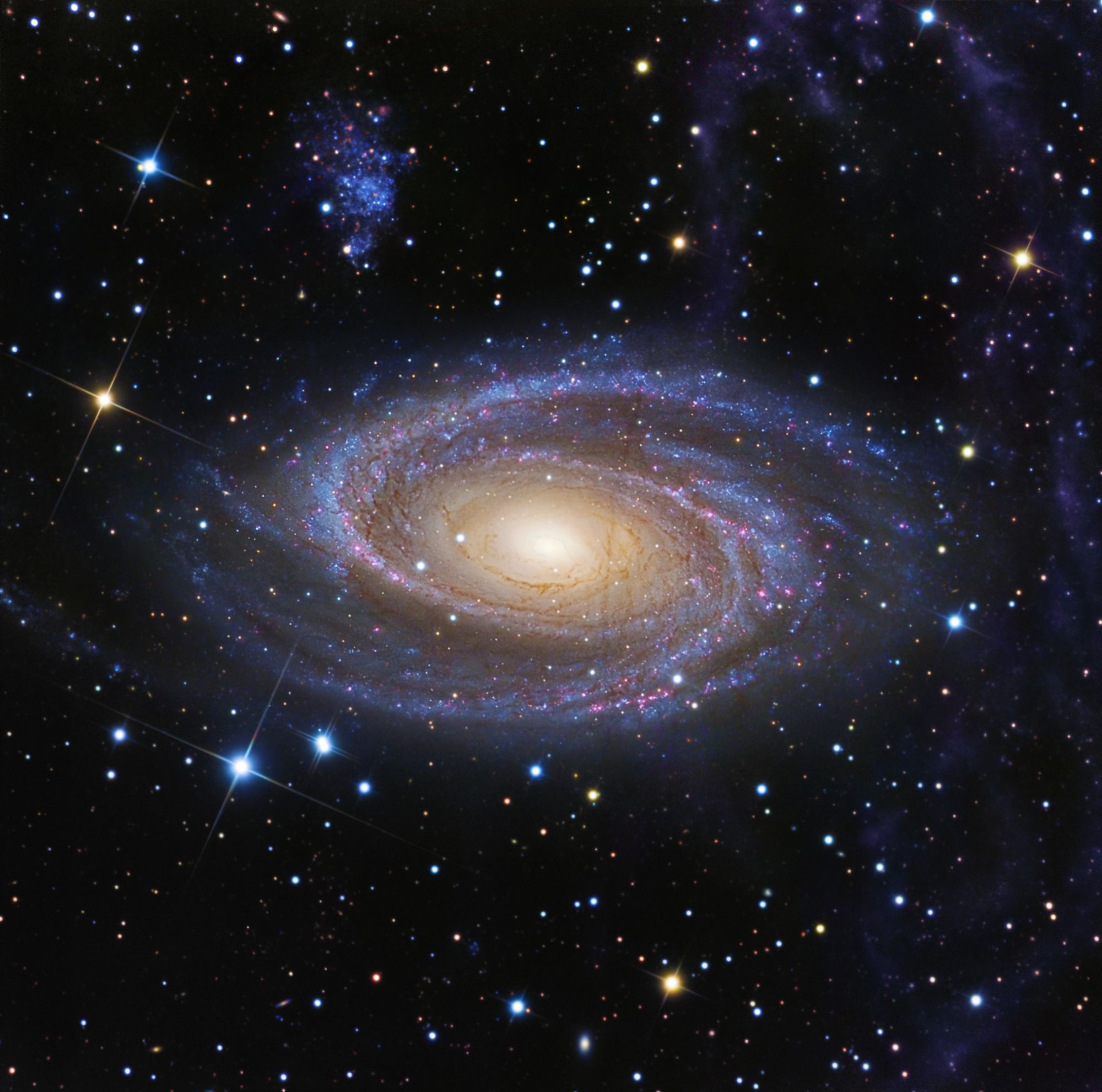