On 8 November 1956, two astronomers from the Royal Belgian Observatory, Sylvain Arend and Georges Roland discovered the C/1956 R1 comet on photographic plates made using a 40 cm diameter astrograph. The calculations showed that this comet would pass its perihelion on 8 April 1957. When it arrived, C/1956 R1 had a highly agitated tail 15 apparent degrees long. Because of massive outgassing, from 2 April the tail had three branches and two ionised gas jets.

At its maximum brightness the Arend-Roland comet was barely visible to the naked eye (magnitude of 3), but what made it famous was above all its antitail which reached 12 apparent degrees at the end of April. Antitails are the result of a perspective effect: they become visible when the Earth crosses the plane of the comet's orbit and are composed of the largest grains in the dust tail. Unlike the gas and dust tails that are pushed away by the solar wind, the antitail appears to point in the Sun's direction.

C/1956 R1 was observable for over a year by observatories all over the world, which undertook many spectroscopic and photometric studies of this celestial body.

This comet, which has a highly elongated elliptical trajectory, will not return for several million years. 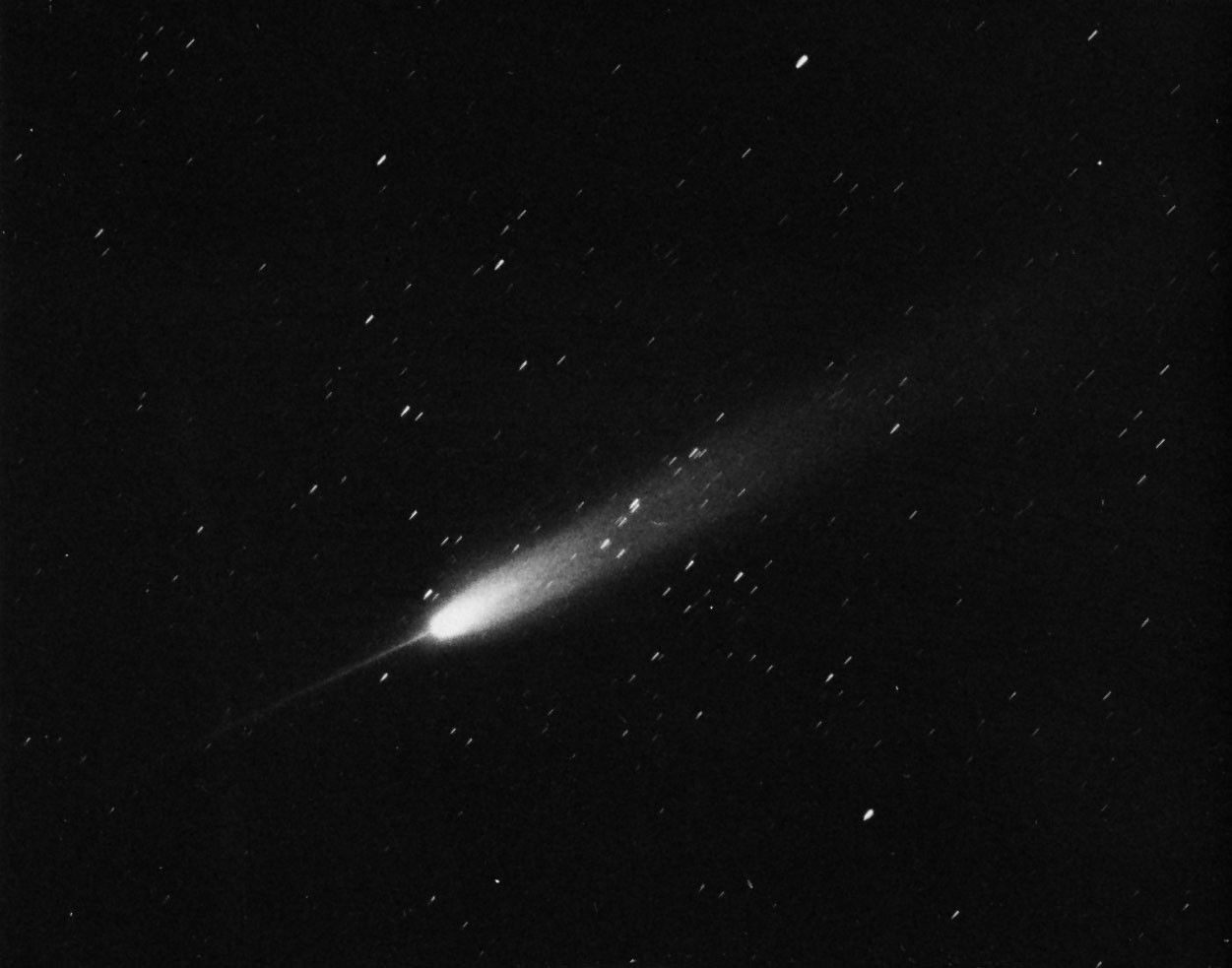 The Arend-Roland comet photographed on 25 April 1957 at the Lick Observatory. The antitail in front of the comet is especially spectacular. Credit University of California