The MESSEIR 31 galaxy - the Andromeda galaxy - is one of the closest galaxies to us, at less than 3 million light-years. It is recognisable to the naked eye in the country sky as a small, elongated milky spot in the constellation of Andromeda. It was mentioned for the first time in 964 by the Persian astronomer Al-Sufi.

It was in this galaxy that the astronomer Hubble discovered a peculiar variable star in 1923 that allowed him to know the real distance of the object: it was then understood that this was not a nebula within our galaxy but another much more distant galaxy, and an idea of the immensity of our universe began to be understood. 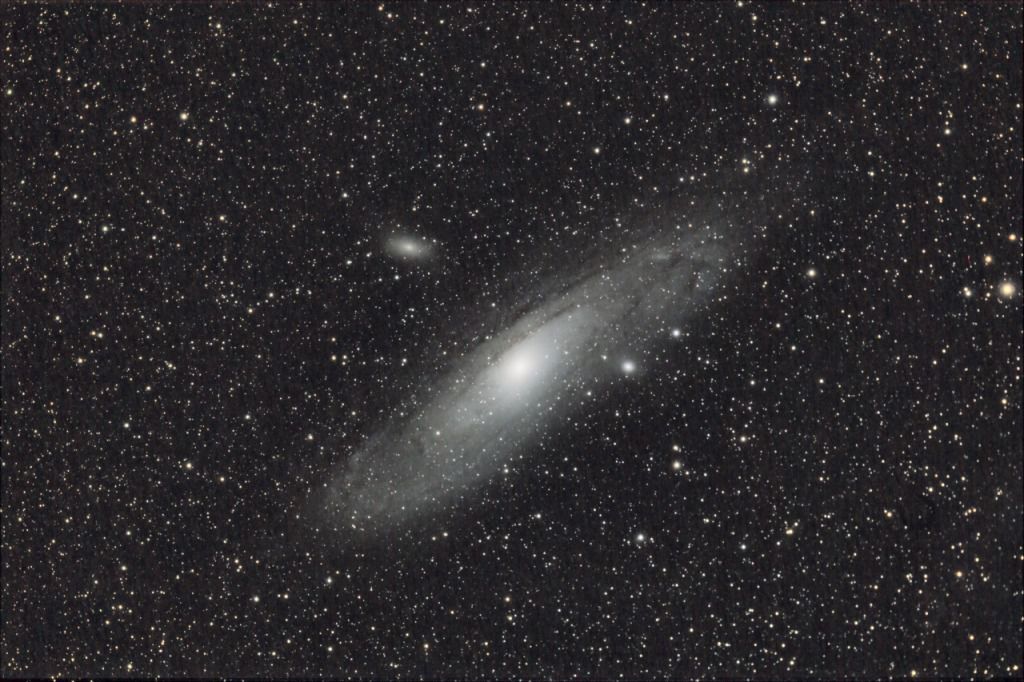 Two other small galaxies "accompany" M31: these are M32 and M110. This trio was photographed by "Chamois" (the person's pseudonym on the Futura-Sciences astro forum) using an APN CANON reflex equipped with a 300 mm telephoto lens and an exposure time of an hour and a half.