The analemma is a figure obtained by juxtaposing the positions of the Sun in the sky every day at the same time for a whole year. It is therefore obtained using a camera or a computer with software.

From the Earth, theanalemma has the shape of a stretched and asymmetrical figure 8, with one loop smaller than the other. This shape is more or less inclined relative to the horizon depending on the chosen time (it is vertical if the Sun's noon position is chosen).

The width of the shape indicates the variation in the length of the day, due to the fact that the velocity of the Earth varies (greater at perihelion, smaller at aphelion), because of the elliptical shape of its orbit. 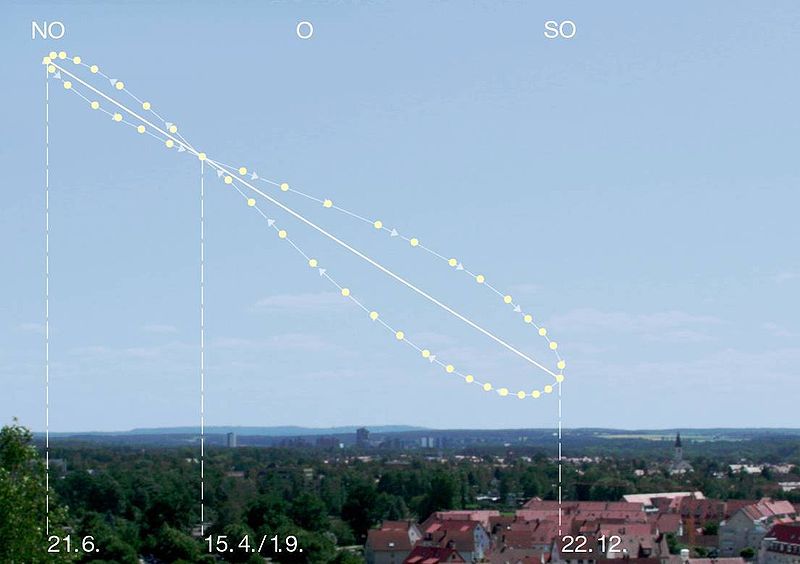 Analemma obtained by photographing the Sun at the same time (in the morning, hence the inclination to the left of vertical) during a whole year. © jailbird, CC by-nc-sa 2.0