A cyborg is a human being whose capacities have been modified by cybernetic devices (the term is a contraction of cybernetic organism). It is used in science fiction to denote humans improved by the technique. 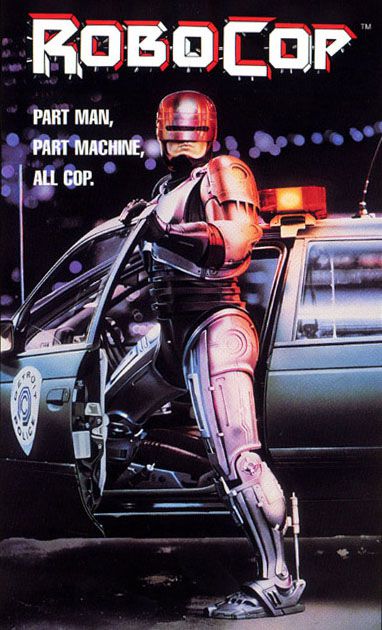 Robocop (here in the poster for the first film released in 1987) is the central character in this story. A very seriously injured policeman is given a host of equipment (including what is today called an exoskeleton), making him a supercop. © DR