The Wigner effect, discovered by the Hungarian physicist Eugene Wigner, is the displacement of the atoms of a very high melting point material by fast neutrons during irradiation. While they are rearranging, these atoms accumulate internal energy.

If the material is then heated to a temperature higher than that at which it was irradiated, the atoms recombine and release their energy in the form of heat.

From the Wigner effect to annealing

To control this effect, materials exposed to radiation are regularly heated to cause the controlled release of energy. This is called annealing.

It was the Wigner effect that caused the accident at the Windscale nuclear reactor. 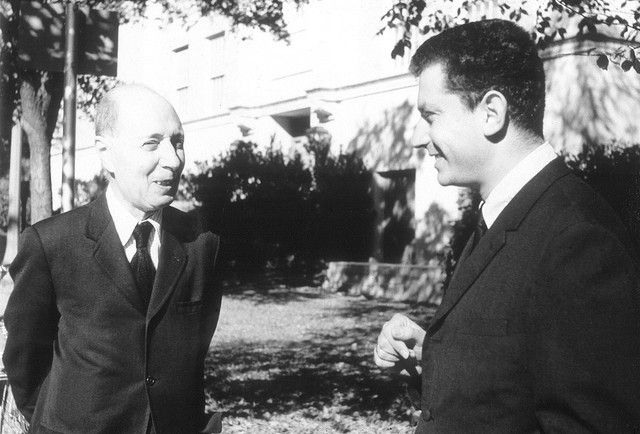 The physicist Eugene Wigner (on the left) and the chemist Istvan Hargittai (on the right) © Eszter Hargittai CC by-nc-sa 2.0