The up quark is a particle of matter. It is one of the six quarks in the standard model and is considered to be an elementary particle in our current state of knowledge.

The up quark is one of six quarks, the others being:

Like its companions it is a fermion; it has a fractional electrical charge equal to ⅔ e. It is one of the first three quarks postulated at the beginning of the 1960s independently by Gell-Mann, Yuval Ne'eman and George Zweig to understand and classify the hadrons that were known at the time.

From left to right, two of the discoverers of quark theory. © universe-review

Currently it is part of what is called the first generation of particles in the standard model, where, with the down quark, it forms the nucleons. The proton therefore contains one down quark and two up quarks, while the neutron contains two down quarks and one up quark bound together by the strong nuclear interactions described in quantum chromodynamics.

The existence of the u quark only began to be accepted in the 1960s and especially the beginning of the 1970s when the theory of quark confinement partially explained why quarks were never observed free, but only inside hadrons. 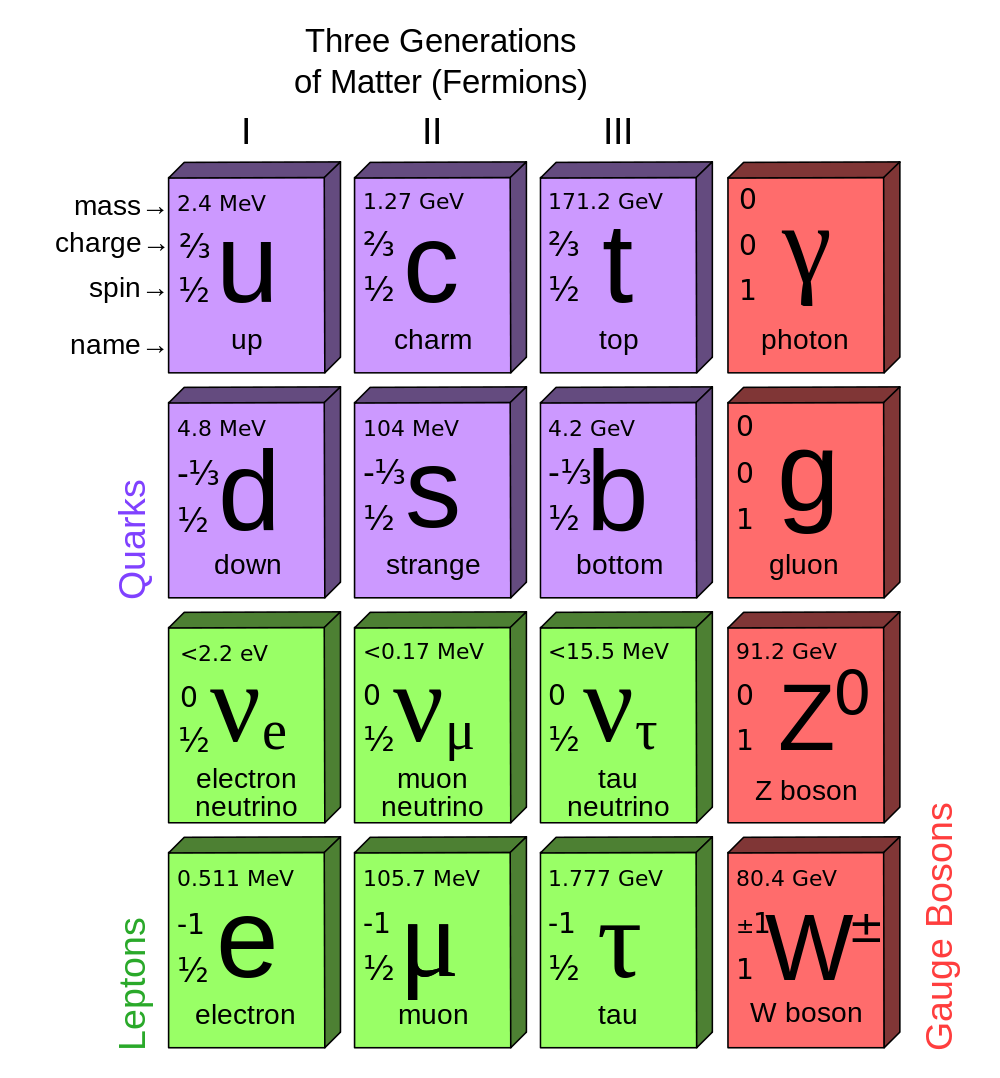 The table of elementary particles in the standard model which includes the up quark. © MissMJ, Wikipedia