Superconducting materials were discovered at the beginning of the twentieth century. Below a temperature called the critical temperature they have a strictly zero electrical resistance. They then transport electric currents with no loss allowing intense magnetic fields to be produced.

Here are a few examples of superconductivity applications.

One very large scale application is in particle accelerators. The largest of these is the LHC (Large Hadron Collider) which has a 27 km circumference and was put into operation at the CERN in Geneva in 2008. In this accelerator, the 8.5 tesla field is produced by 1600 16 m long dipoles.

But the most spectacular application is probably the Japanese "MagLev" train that uses magnetic levitation. Using superconducting magnets this train is raised above a rail, and the prototype train travels at a record 552 km/h without any friction! 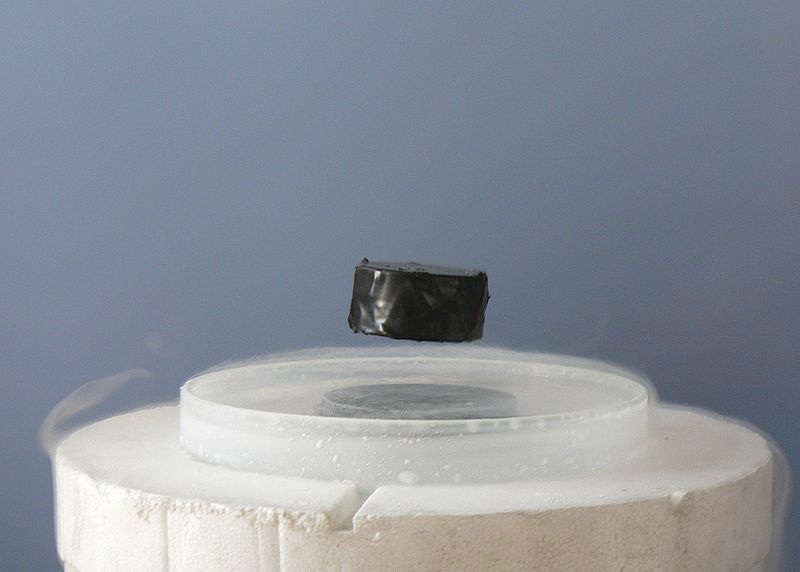