The Super-Kamiokande is a Japanese neutrino detector. It consists of a huge cylinder 40 metres tall and 40 metres in diameter filled with over 50,000 tonnes of water and equipped with photomultipliers that detect Cherenkov radiation. Initially its purpose was to track the disintegration of the proton predicted by the grand unification theories (GUT).

But in 1987, its predecessor, Kamiokande, named after Kamioka (the mountain village where the experiment took place), and NDE, meaning first of all Nucleon Decay Experiment and then Neutrino Detection Experiment, was used to reveal neutrinos from the explosion of a star (supernova SN 1987A, in the large Magellanic cloud), confirming the theory of supernova explosions.

In 1998 an improved version, the Super-Kamiokande, acquired international fame by proving the phenomenon of neutrino oscillation thereby solving the puzzle of solar neutrinos. And it was for this discovery that Masatoshi Koshiba was awarded the Nobel physics prize in 2002. 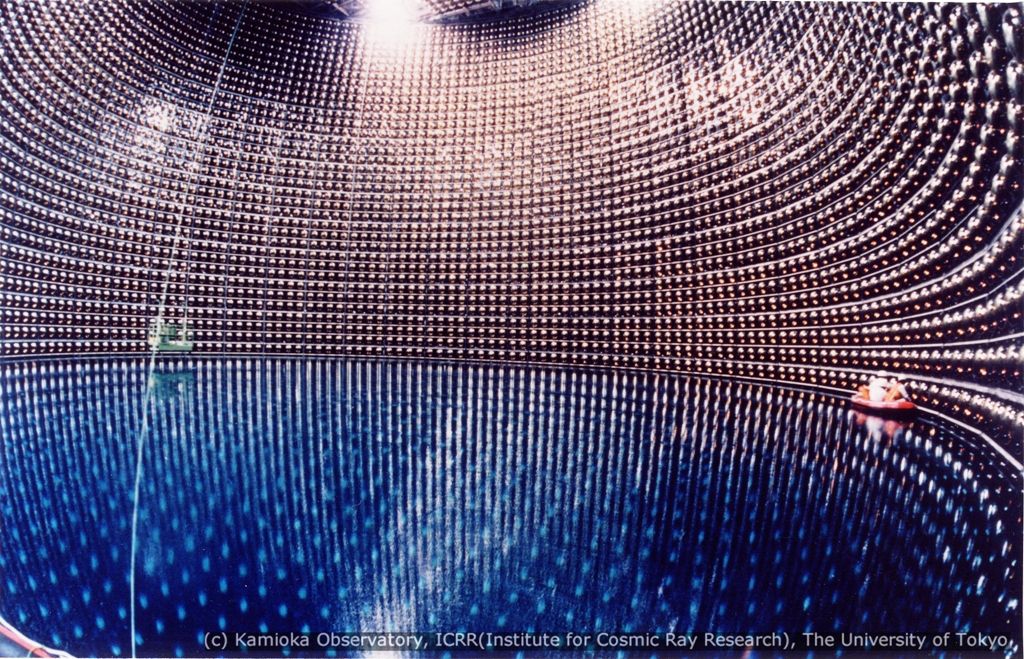