When certain gas bubbles appear in a liquid and begin to grow under the effect of an acoustic wave propagating in the liquid, there comes a moment when they implode emitting a flash of light. This is called sonoluminescence.

The first time this phenomenon was observed and described scientifically was in 1934 during experiments on sonar carried out by H. Frenzel and H. Schultes at the university of Cologne.

A video showing sonoluminescence. A bubble enlarges before imploding to produce a flash of light. © Seth Putterman's Lab, YouTube

In 2005 an experiment by D. Flannigan using a bubble of argon immersed in sulphuric acid probably made it possible to measure the temperature reached at the heart of the bubble. It could exceed the temperature at the Sun's surface and a value of 15 ,000°C was suggested.

There is still no satisfactory explanation for sonoluminescence and some have suggested that fusion reactions could even be produced. The phenomenon of the bubble's dynamics is, however, well understood using the theory of cavitation. The most likely mechanism for light emission appears to be the formation of ionised inert gases emitting thermal Bremsstrahlung. 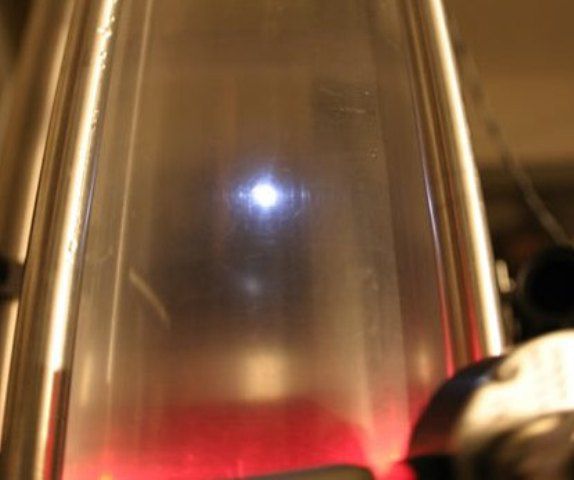