Ernest Solvay was a Belgian chemist and industrialist who had a passion for science. He decided to organise meetings at the highest level and at his own expense between the foremost scientists in physics and chemistry.

The Solvay conference of 1927 is especially famous because it is considered as the founding event of quantum mechanics. At that time the work of researchers such as Heisenberg, Bohr, Schrödinger etc. was sufficiently complete and advanced for the new mechanics to be constructed.

The disagreement between Bohr and Einstein as to the final physical interpretation for the new theory left its mark. 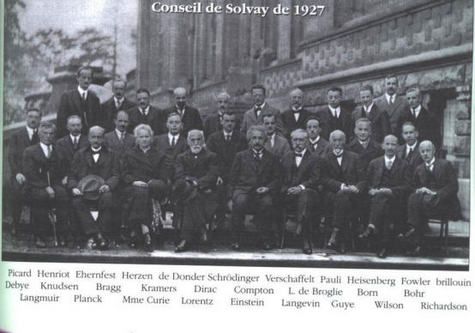