Quantum mechanics is the mathematical and physical theory describing the structure and motion in time and space of physical phenomena at the atomic scale and below. It was discovered when physicists wanted to describe the behaviour of atoms and the exchanges of energy between light and matter at that scale and in detail.

Several names are associated with it, the foremost being Planck and Einstein, who were the first to understand that exchanges of energy, and then energy itself, could only exist in quantified form. Bohr extended the quantum postulates of Planck and Einstein to light and matter, proposing a model that reproduced the atomic emission spectrum of hydrogen.

From left to right, Max Planck and Albert Einstein.

Step by step, rules were found for calculating the properties of atoms, molecules and their interactions with light when, from 1925 to 1927, a whole series of works by several physicists and mathematicians gave rise to two general theories applicable to these problems:

- the De Broglie wave mechanism and above all Schrödinger.
- The Heisenberg, Born and Jordan matrix mechanism.

From left to right, Paul Dirac and Werner Heisenberg.

Quantum mechanics, when applied to the electron or the electromagnetic field at the origin of light, shows that in fact these two things are really neither waves nor particles.

As Einstein had shown, the energy in a light wave is in the form of discrete indivisible packets: photons. Similarly, electrons have wave-like aspects, as de Broglie had predicted, and diffraction and interference experiments can be carried out on them.

This situation is often summarised by the term "wave-particle duality" for matter and light.

Niels Bohr tried to build a physical interpretation taking into account this strange duality, what is called the theory of complementarity. It is based on the Heisenberg inequalities.

The heart of quantum mechanics is the use of probability amplitudes to describe all possible physical processes in quantum mechanics. These are the processes that can propagate in wave form, but the physical quantities associated with these processes are often quantified and hence discrete. This is the case for electron energy in an atom.

The fundamental equation in quantum mechanics is Schrödinger's equation.

The quantum world is a strange one: probabilistic fuzziness reigns there and there is an implied underlying structure to the phenomena that is beyond space and time. How a classical world emerges from the quantum world is not always well understood. One of the aims of the theory of quantum decoherence is to explain this emergence.

An excellent book by Olivier Darrigol on the historical development of quantum mechanics.

Some of the founding articles. 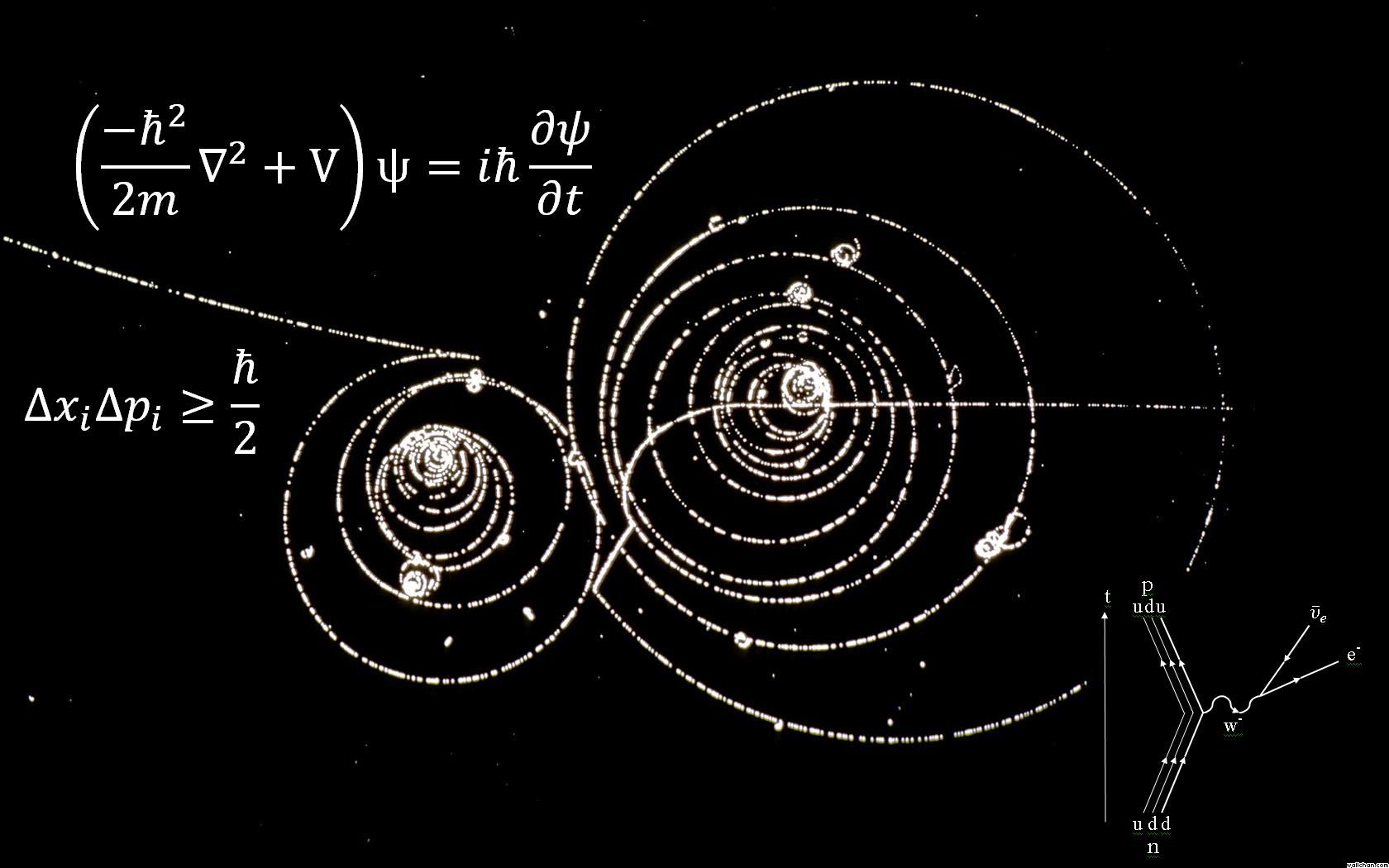