The Pierre Auger observatory is a giant cosmic ray detector built in Argentina. In the years to come it should be complemented by an equivalent observatory in the northern hemisphere in the United States.

17 countries are involved with France playing a leading role as may be deduced from the French name, Pierre Auger. He was a French physicist known worldwide for his work in the fields of nuclear physics and cosmic rays. Above all, his action was central to the development of the major international institutions, CERN and UNESCO. One of the purposes of the observatory is to detect very high energy cosmic rays, energies that a terrestrial accelerator such as the LHC could never achieve. Pierre Auger was the first to predict the existence of major atmospheric particle showers caused by such very high energy cosmic rays.

The arrival of a very high energy cosmic ray in the upper layers of the atmosphere sometimes causes a collision with the nucleus of an atom in the layer. There ensues a cascade of particles disintegrating to finally give muons, electrons and photons. Detection is carried out by means of the Cherenkov effect and using ultraviolet telescopes.

Cherenkov detectors are photomultipliers immersed in circular water tanks. These detectors are powered by solar panels. There are 1600 of them spaced 1.5 kilometres apart covering an area of 3000 km2.

Construction of the site began in 1999 and the observatory was inaugurated on 14 November 2008. Observations began in 2004, before the detectors were completed, and they have already provided important results such as the verification of the GZK limit (the upper limit of cosmic ray energy) and the probable association of very high energy rays with the active cores of galaxies. 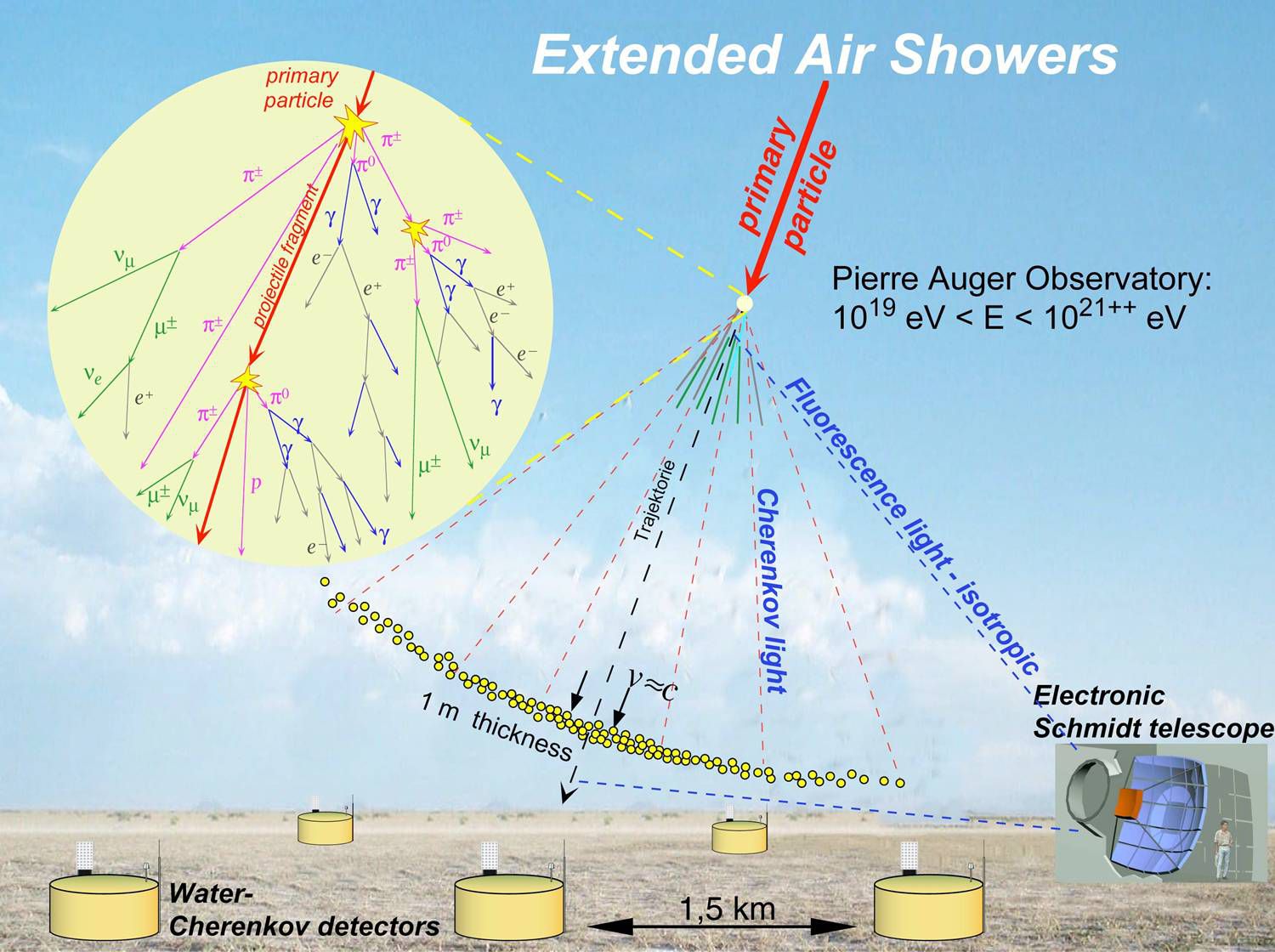 A highly energised cosmic ray particle produces a shower of cascading secondary particles. This process is shown in the diagram below. On the ground can be seen the Cherenkov detectors and the telescopes observing the ultraviolet rays emitted by fluorescence. Credit: Gilles Maurin.