In 1966 two American aircraft collided during in-flight refuelling and then crashed over Palomares, in Spain. One of the aircraft was a B-52G nuclear bomber with four hydrogen bombs.

The four hydrogen bombs at Palomares

Out of these four H bombs, one sank in the Mediterranean and three fell in the Palomares countryside. Two of them broke apart, their conventional explosive charges exploded and contaminated the neighbourhood with 4.5 kilograms of plutonium.

The American authorities tried for a time to hush up the affair but there were too many witnesses to the accident and quickly citizens, journalists and the Spanish government pressed for the affair to be settled transparently.

The measures introduced after the nuclear incident

The bomb that fell into the sea was found and retrieved, as were the other three bombs. The site was decontaminated by the geological extraction, treatment and storage in South Carolina of 1400 tonnes of earth and plants. 100 square kilometres of terrain were closed off, and a further 300 square kilometres were placed under surveillance and building and exploitation were prohibited.

The local population has been medically monitored since the event. For the moment the life expectancy of the inhabitants of Palomares is similar to the Spanish average. 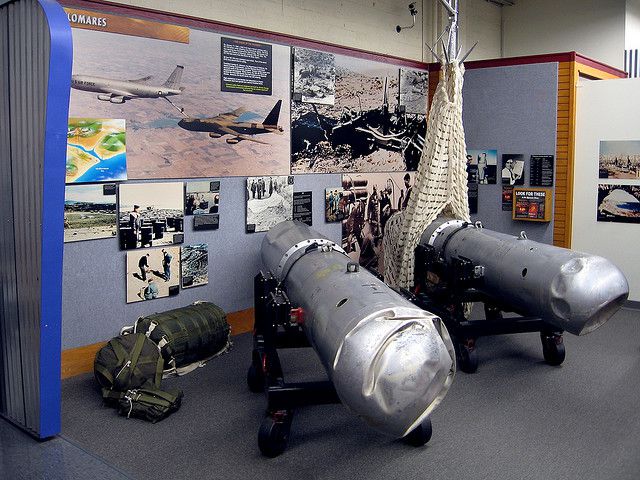 The four H bombs from the Palomares nuclear incident were found. Here, the two H bombs retrieved at Palomares and from the Mediterranean (after an 80-day search). © Marcin Wichary CC by 2.0