A lepton is an elementary fermion insensitive to the strong interaction. There are six kinds of lepton: the electron, the muon, the tau and the electron, muon and tau neutrinos. The name lepton comes from the Greek and means "light". In the 1950s, the three categories of known particles were leptons, mesons and baryons, corresponding to the Greek words for "light", "medium" and "heavy". We now know of a lepton that is heavier than some baryons, but the name has stuck.

They are a class of matter that does not participate in strong interactions; it includes the electron, the muon, the tauon and their associated neutrinos. 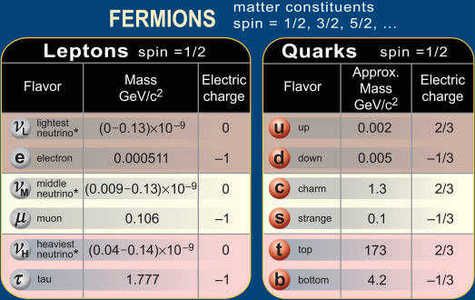