The goal of the ITER (International Thermonuclear Energy Reactor) project, which is to be located at the Cadarache site in the south of France, is to demonstrate the scientific and technological feasibility of producing energy by atomic fusion.

Controlled fusion is a major scientific and technological challenge which could solve the crucial problem of having new energy resources available for the foreseeable future. Unlike fission energy, fusion energy gives us hope of having a clean and abundant source of energy during the 21st century. At a time when fossil energy is set to dwindle in the next 50 years, it is vitally important to explore the potential of all other energy sources.

300 litres of sea water could provide 1 gram of deuterium. In other words sea water alone could supply world energy needs for around one billion years.

The goal of ITER is to demonstrate the scientific and technical feasibility of fusion energy. In a tokamak type reactor, a mixture of deuterium and tritium (hydrogen isotopes) can be taken to a temperature of the order of 200 million degrees sufficient for a controlled self-sustaining fusion reaction.

It can reasonably be estimated that the first electricity produced by a prototype thermonuclear fusion reactor could be seen by 2050.

The deuterium-tritium fuel mixture is injected into a chamber where, through a confinement system, it changes to a plasma state and burns. The reactor produces ash (helium atoms) and energy in the form of fast particles or radiation. The energy produced in the form of particles and radiation is absorbed in a special component the "first blanket" which, as its name indicates, is the first material element that lies beyond the plasma. The energy which appears in the form of the kinetic energy of neutrons is converted into heat in the tritium breeding blanket located outside the first blanket but still inside the vacuum chamber. The vacuum chamber is where the fusion reaction is confined.

The first blanket, the tritium breeding blanket and the vacuum chamber are of course cooled by a heat extraction system. The heat is used to produce steam and power classic turbine with an alternator to produce electricity. 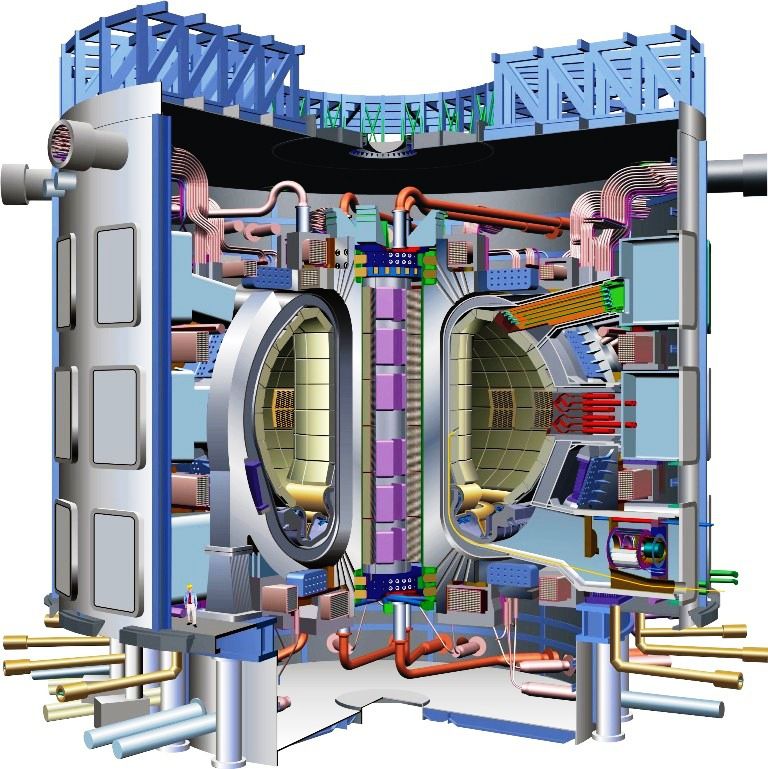