In 1966, Kenneth Greisen of Cornell University and independently Georgiy Zatsepin and Vadim Kuzmin of the Lebedev Institute of Physics in Moscow had the same idea following the discovery of the cosmic microwave background (CMB) by Penzias and Wilson. If cosmic rays with sufficiently high energy are propagated in the universe they will eventually collide with the photons at 2.7 K from the microwave background radiation to give pions. There will thus be a cut-off in the energy of cosmic rays arriving on Earth on approaching energies of the order of 1020 eV, corresponding to the collision with photons from the microwave background.

if particles such as protons are considered, which initially have energy above this limit, called GZK, for Greisen-Zatsepin-Kuzmin, a series of collisions with the photons from the CMB will eventually cause the proton to lose this energy and drop to below the limit. This also means a maximum distance of the order of 50 megaparsecs (or Mpc, i.e. about 160 million light-years) for the source of protons with energy exceeding the GZK limit.

For several years observations appeared to show a violation of the GZK limit at very high energies. Speculative physics had been proposed to explain this violation, but recent observations by the Auger and High Resolution Fly's Eye (HiRes) cosmic ray observatories have failed to confirm this violation. 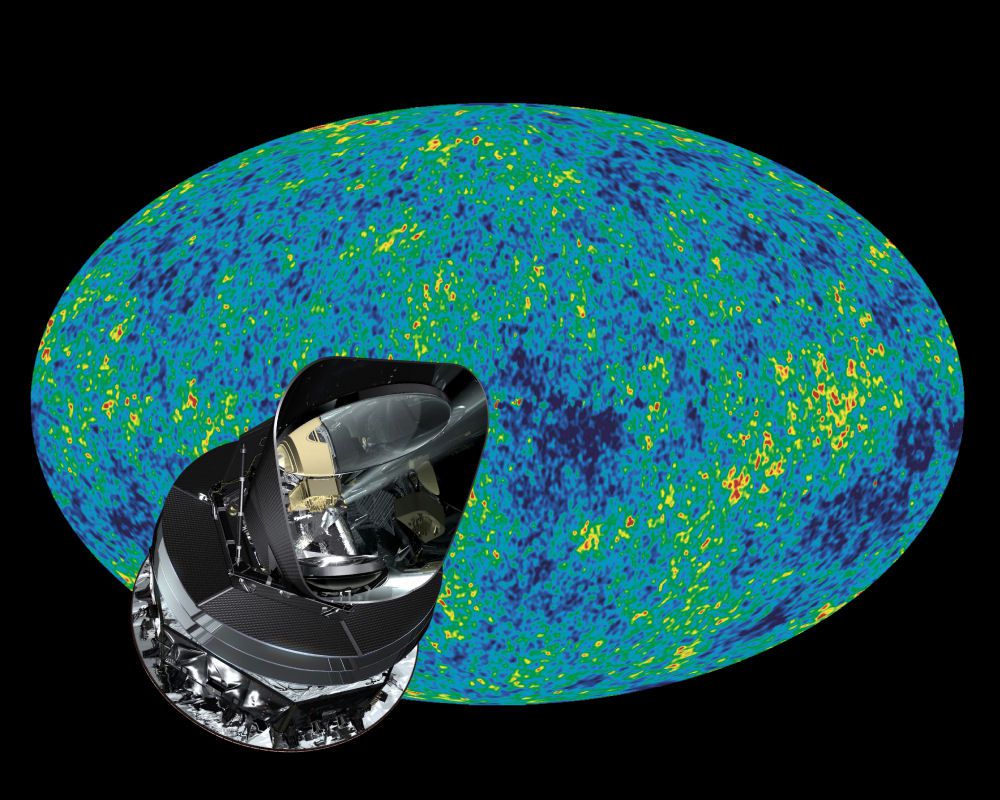 The Planck satellite in front of an image of the CMB. Credit: Esa