In pre-relativistic physics, the ether was assumed to be a mechanical medium filling space, in which light was propagated. Sometimes it was thought of as a fluid and elastic material medium in which particles of matter could either be vortices of ether or sources or sinks of this fluid. This is how the great physicist Lord Kelvin came to believe that the stability of the atoms of the various chemical elements was related to the existence of various possible complicated nodes that could exist on vortex lines in the fluid composing the ether. He had this idea in 1867, after having become aware of the experiments of the Scottish physicist Peter Guthrie Tait on smoke rings, themselves stemming from the work of Helmholtz on vortex rings in incompressible fluids.

The ether and the theory of relativity

In some parts of his treatise on electromagnetism, Maxwell confidently asserts the existence of the ether, but in others he appears to do without it and to treat the electromagnetic field as an entirely autonomous reality. Since the ether was an absolute reference frame to which motion was referred, the discovery of the theory of relativity, in denying the existence of such a reference frame, led to the demise of the concept of the ether. Actually, it was only the mechanical theory of the ether that was refuted by the experiment, as Einsteinexplained. The idea that empty space does not exist but constitutes a medium in which there is no state of motion but which has physical properties is the basis of general relativity and today's quantum field theory. 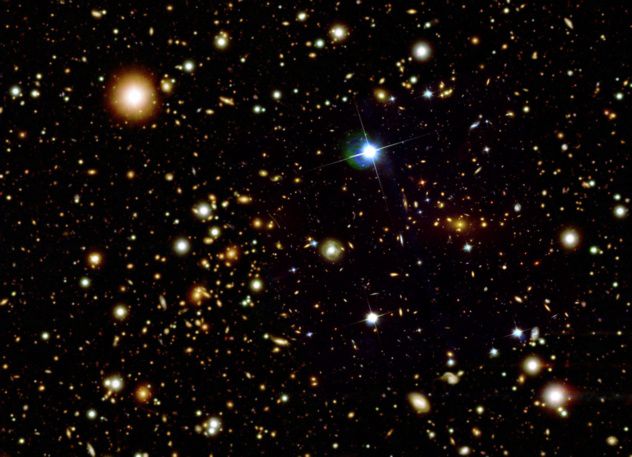 The ether was supposed to be a medium filling all of space. © DR