Antimatter is a "mirror image" form of matter. It was predicted in 1931 by Paul Dirac from the equation that he came up with from almost purely mathematical and aesthetic considerations while looking for a relativistic form for the Schrödinger equation for electrons.

Thus, he associated each elementary particle with an almost identical twin differing only in having an opposite charge and with slight differences in the rates of certain reactions between high energy particles.

The subject of antimatter is extremely vast and you should read the Futura-Sciences feature onantimatter to know more about it.

Paul Dirac, Nobel prize winner, one of the creators of quantum theory. 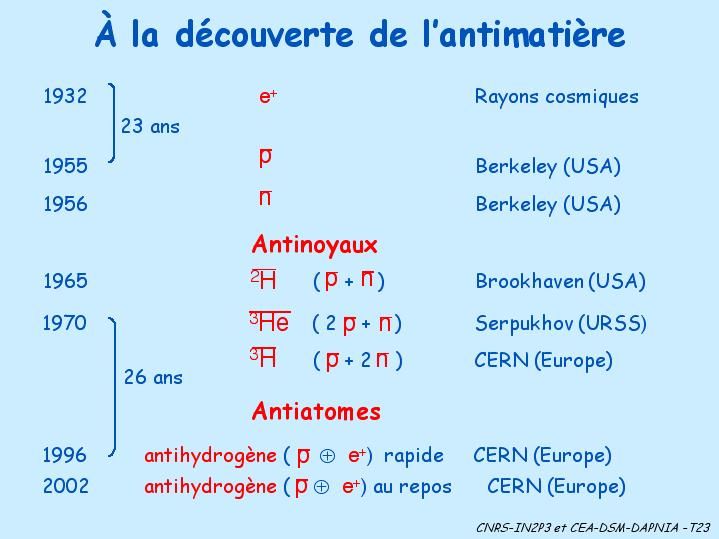 The stages in the experimental discoveries on antimatter.