In classical physics, angular momentum is a conserved vector quantity used to describe the general state of rotation of a physical system; it is analogous to momentum in translation.

The angular momentum L of a particle with reference to an origin is:

where r is the position of the particle at the origin and p = mv, its momentum. ∧ denotes the vector product.

If L and Ω are vectors, I is a tensor, a sort of matrix of numbers, in the general case.

Application of the law of conservation of angular momentum

The angular momentum in a system is preserved when there is no external couple. This conservation law explains many phenomena. For example, the increase in the speed of rotation of a skater on bringing the arms down to the body and the disk structure of star systems in spiral galaxies. It also explains the disk shape of protoplanetary systems.

In quantum mechanics an intrinsic momentum of elementary particles appears, the spin, as if they were small rotating spheres. This classical image is only an analogy that should not be interpreted literally. Thus, an electron that is designed like such a sphere would have some of its rotating parts moving faster than light. 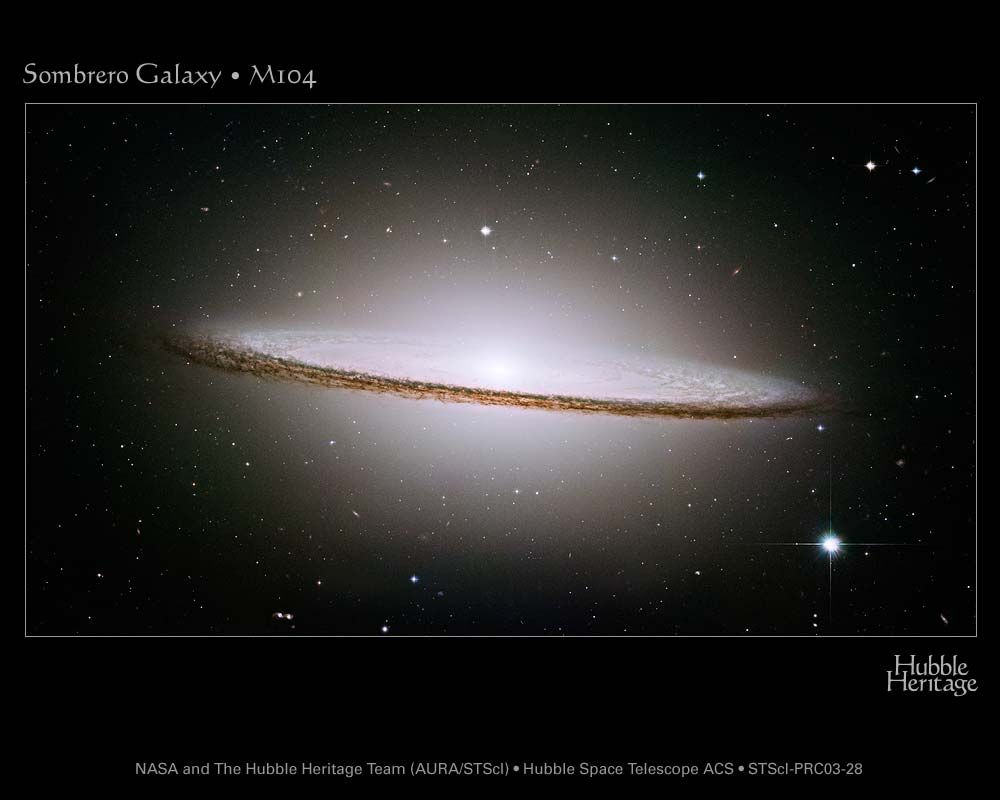 The conservation of angular momentum explains the disk shape of the Sombrero galaxy. © NASA