A very famous dinosaur, theTyrannosaurus is one of the last non-avian dinosaurs to have existed on Earth. It lived in North America during the last few million years of the Cretaceous period.

It was a large bipedal theropod (from 12 to 15 metres long), characterised by its very small arms and a head with one of the most powerful bites in the animal kingdom. Many debates have arisen concerning this species (predator or carrion feeder, with or without feathers...). Even the study of its fossilised remains has led to disagreements, as some researchers claim to have discovered soft tissue remains as well as red blood cells, findings which others contest. Recently, the Nanotyrannus dinosaur has come to be considered a juvenile form of Tyrannosaurs. 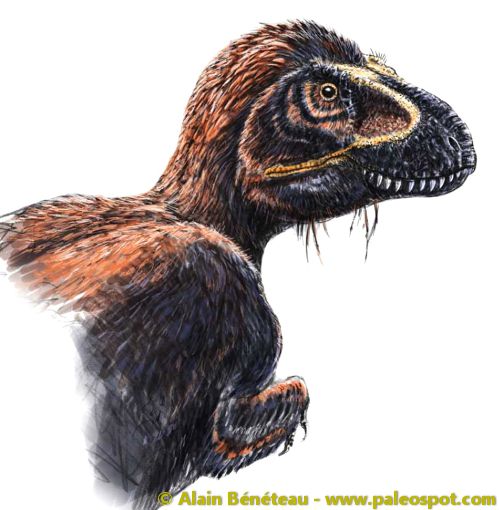