The sabre tooth tiger is a feline native to America, which disappeared 10,000 years ago during the megafauna extinction.

It was characterised by its prominent canine teeth, about twenty centimetres long, a weight of about 250 kilogrammes and an impressive bone and muscle structure.

It could probably prey on large mammals, such as the bison. 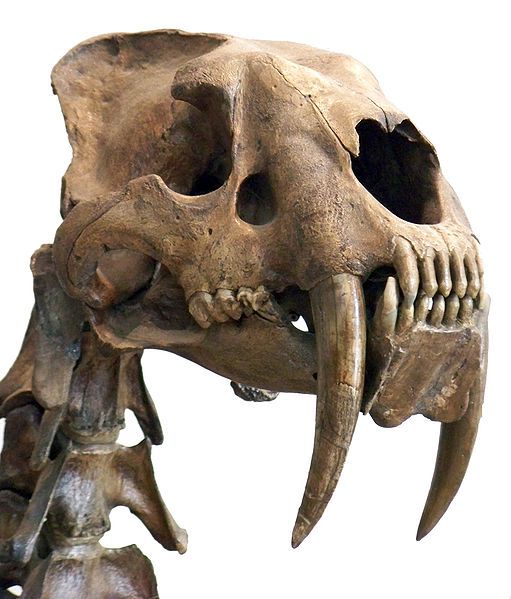 The sabre tooth tiger has been extinct for 10,000 years. © Wallace63 / Licence Creative Commons