The Neanderthal is a fossil human that gets its name from the discovery of a few remains, in 1856, in a quarry in the Neander valley, neandertal in German. In fact, other specimens of the same species had already been found on several occasions during the 19th century. Neanderthal man has only been found in Europe. The oldest known specimens are between 450,000 and 500,000 years old, the most recent are about 30,000 years old.

Its phylogenetic position is still under debate. Some scientists believe it is simply a member of the Homo sapiensspecies (our species) or a subspecies. Many others classify it as a separate species, Homo neanderthalensis (or neandertalensis), which would coexisted for a long time with the human species.

Neanderthals had discovered fire, cut stone to create tools, built huts, hunted mammoth and most likely created tombs. We do not have any proof that they used language, and the cause of their disappearance remains unknown. 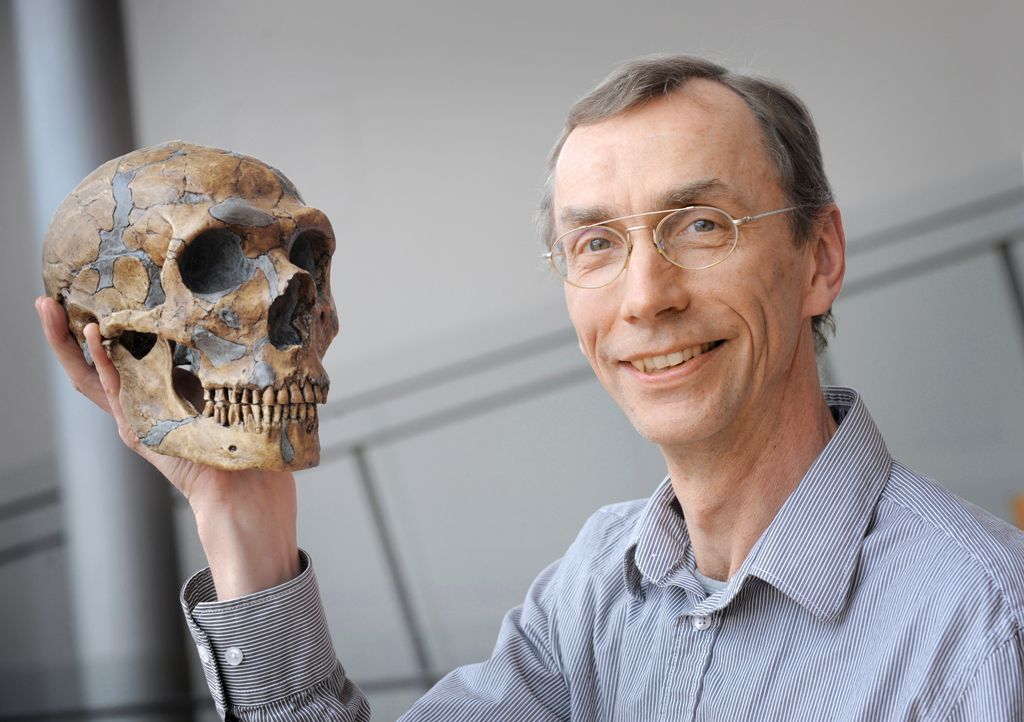 Svante Pääbo holds the skull of a Neanderthal in his hand. © Max Planck Institute for Evolutionary Anthropology, Leipzig