During a biological crisis many species disappear and others survive. A Lazarus taxon is a group that seems to have momentarily disappeared during the crisis, but which later reappears without having suffered any change.

The phenomenon is explained by the hypothesis that this group may have survived by taking refuge in a currently unknown area. The group therefore seems to disappear from the initial place and then reappear in the same place later, in an identical form. This constitutes a gap in the fossil record. 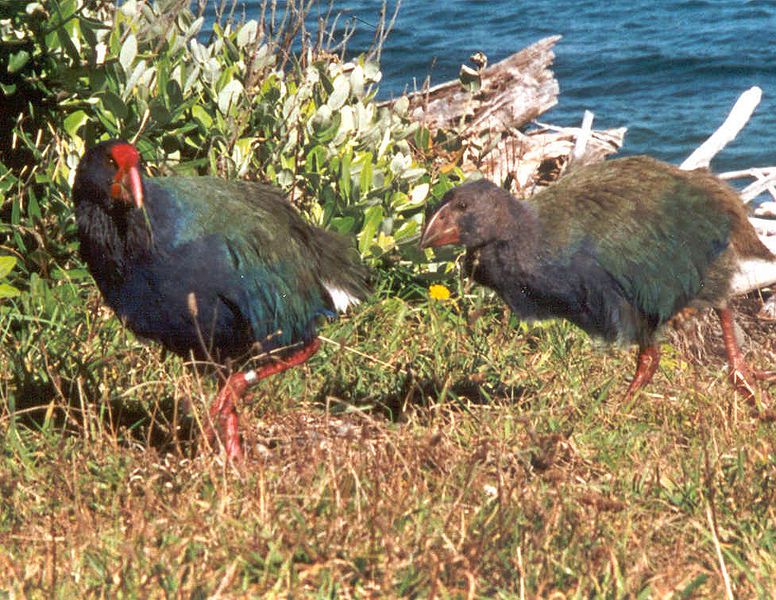 The takahe is a species previously thought to have disappeared. © Sabine's Sunbird, Wikipedia