Dinosaurs dominated the Earth's ecosystems throughout the Secondary Era. They ranged in size from 40 cm (Microraptor Gui) to 35 m (Futalongkosaurus).

There were 2 major types of dinosaurs: the Saurischians and Ornithischians. The Saurischians included Sauropods (herbivores, the largest dinosaurs, including Diplodocus) and Theropods (carnivores, for example: Tyrannosaurus). There was a wide variety of Ornithischian species, and all were herbivores (e.g.: Stegosaurus, Ankylosaurus, Triceratops).

A group of Theropods (Dromaeosaurids) is classically considered to be the group birds come from. 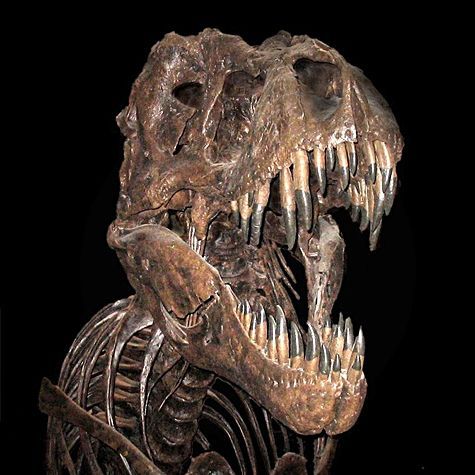