A biotic crisis is a period of rapid and mass extinction of species. Thus, it must meet three criteria:

It is, however, difficult to establish the extent of a biotic crisis, with any degree of certainty. In fact, fossilisation is a rare process, which depends heavily on the conditions in which the material was buried, and we are still far from having excavated every geological layer. Consequently, there is a bias in the data on past biodiversity ("sampling bias"). This bias is amplified by the fact that dating fossil layers has a significant margin of uncertainty on the human scale (from 100,000 to over a million years, depending on the case). Finally, depending on the taxonomic level measured in biodiversity (level of species, families, genera...), extinction rates may vary considerably.

Here is an estimate of the variation of biological diversity (estimated in number of marine families) over the last 600 million years.

Biological diversity. © According to J.-L. Hartenberger

The 5 biotic crises of the past

Generally, five biotic crises are believed to have occurred in the past: 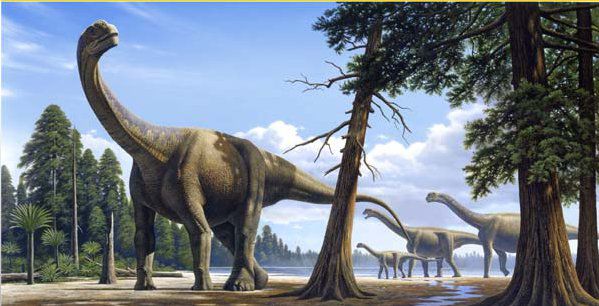 The Cretaceous-Tertiary biotic crisis is one reason why the dinosaurs disappeared. © Raul Martin