A swell is a series of regular waves, over a long period, that is not generated by local winds but formed and ordered by wind that blows over a large stretch of sea without obstacles, the fetch. The larger the fetch , the higher the swell. Generally at swell that reaches a coast comes from a distant storm and has been propagate over several hundred kilometres.

This powerful wave movement contains energy. In the context of developing renewable marine energies, several devices are currently being developed to try and capture and transform it into electricity. These are called wave power plants.

In France, "swell" is mainly used in surfing jargon to refer to waves that are favourable for surfing. A big swell means big waves, and great surfing conditions. 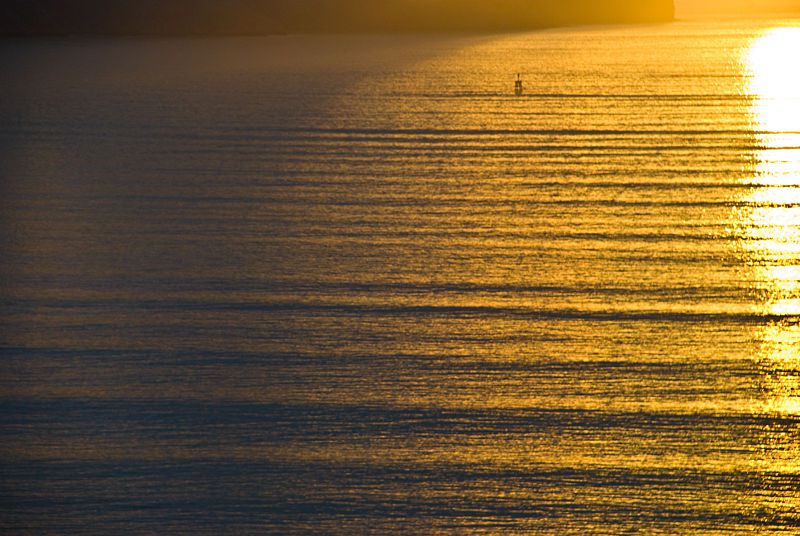 A nice swell arriving on the coast of New Zealand. When it breaks, it will form breakers that are ideal for surfers... © Phillip Capper, Wikipédia, CC by 2.0