The primitive ocean was the first ocean formed on the Earth four billion years ago. It was born from both condensation and precipitation of water vapour released by volcanoes during the degassing of the planet, and the extraterrestrial contributions of water from comets and meteorites.

This water, which became charged in salt from leaching the rocks on the Earth, collected in the lower lying areas which are today the bed of the oceans.

It is perhaps within this water that life first appeared.

Sometimes, the term 'primitive ocean' is used to refer to a single ocean from the late Paleozoic, when the continents were gathered into a single supercontinent: Pangea.

In this case, the Pacific Ocean inherited one of the two basins of this single ocean, also called Panthalassa. The other basin, called the Paleo-Tethys ocean, only remains in the form of the Mediterranean Sea. 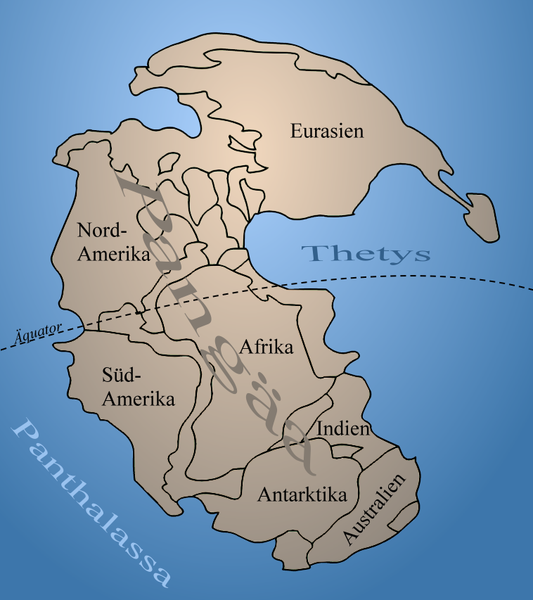 The single ocean of the late Paleozoic is sometimes called the primitive ocean, because it is the ancestor of today's oceans. © Kieff, modified by TomCatX/Wikimedia CC by-sa 3.0

Principle of action and reaction