Adopted in 1992 and applicable since 1998, the Convention for the Protection of the Marine Environment of the North-East Atlantic replaced the Oslo and Paris Conventions, hence its name of the OSPAR Convention (for Oslo-Paris).

Objectives of the OSPAR Convention

The objective of this convention is to prevent and eliminate pollution, as well as protect the marine environment in the Atlantic along the European coast. The particular case of the consequences of the second World War (immersed ammunition) is also addressed.

Member countries of the convention must apply from the precaution principle and the polluter-pays principle to preserve and restore, if possible, marine zones in this part of the Atlantic.

By the adoption and harmonisation of policies and technical, organisational and legislative measures, member countries must work to: 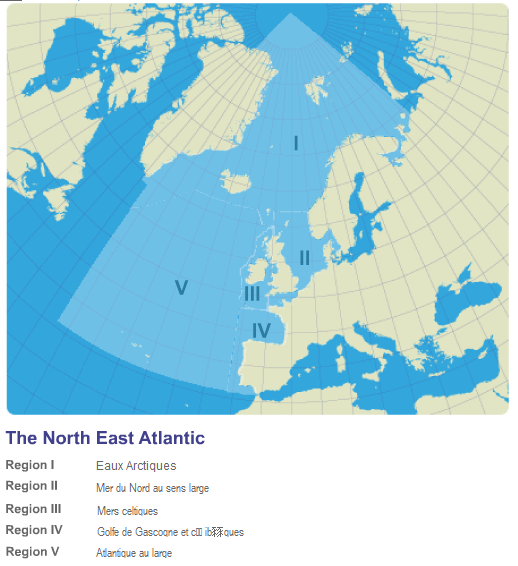 Zones of the North-East Atlantic addressed by the Convention. © OSPAR Convention