The Kuroshio Current, or Kuro-Shivo Current, is a warm marine current similar to the Gulf Stream.

This Pacific current transports warm tropical water from the Philippines and the China Sea to the centre of the Pacific, travelling along the Japanese archipelago. Off the Kamtchatka Peninsula, it partly merges with the Oyashio Current and forms the North Pacific Current.

Unlike the Gulf Stream, the Kuroshio Current is not deflected by a continental formation, such as the Florida peninsula. It therefore warms the eastern coasts of the Asian continent, and not the western coasts, as in the North Atlantic. 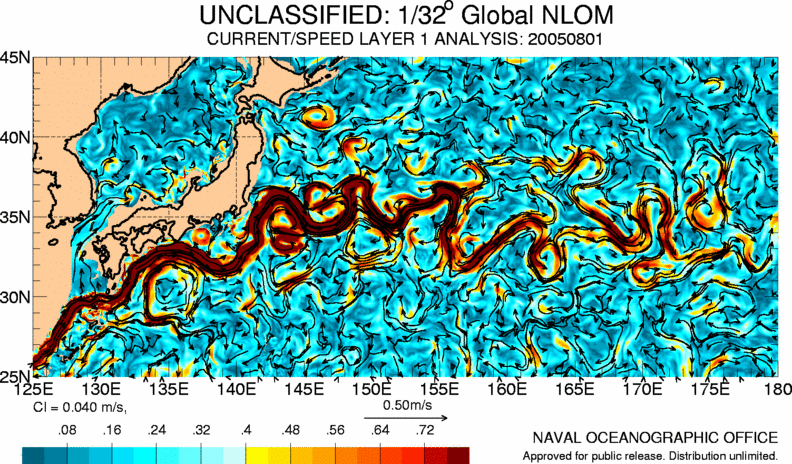