A flag of convenience is the practice of registering a ship under a different national jurisdiction than that of its owner(s).

A flag of convenience might be adopted due to lesser constraints concerning taxes, labour laws, safety or environmental standards.

A flag of convenience may also provide the opportunity for a " rust bucket " to avoid restrictions that might stop it from transporting certain goods or navigating in certain maritime zones.

In 2001, 63% of the world's merchant fleet sailed under a flag of convenience. Thus Panama has the biggest fleet in the world, and the Mongolian fleet includes about one hundred ships, even though Mongolia is landlocked and has no coastal borders. 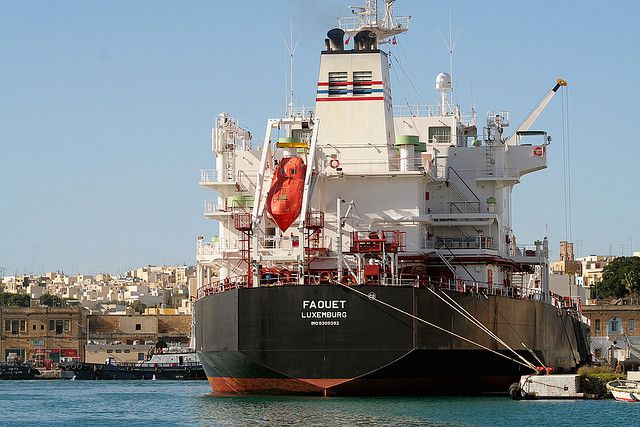 A ship flying the Luxembourg flag, even though the Grand Duchy of Luxembourg does not have any access to the sea... © John Haslam CC by 2.0