Downwelling is the inverse phenomenon of upwelling.

In fact, when two bodies of water (or air, or rock, since the phenomenon exists in the atmosphere and the lithosphere) meet, they only mix superficially. The denser mass (high salinity, cold) plunges under the lighter mass (lower salinity, warm) creating a water current that moves downwards. Sometimes, the two bodies of water plunge in unison.

Zones where these bodies of water meet are called convergence zones.

A downwelling phenomenon can also occur along the coast, under the effects of the wind.

With upwelling, downwelling is the engine that drives the conveyor belt of thermohaline circulation. 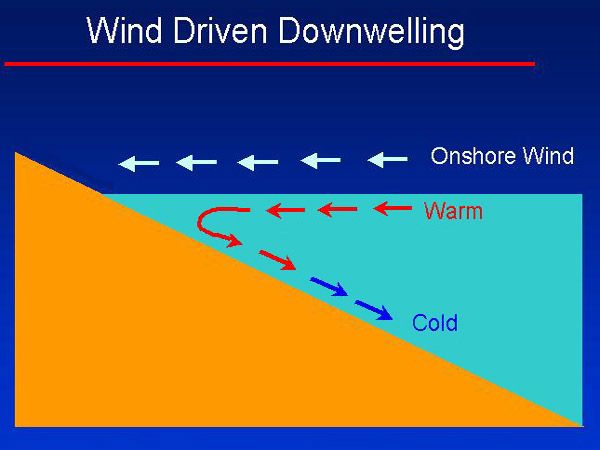 Diagram of the formation of coastal downwelling when the wind blows towards the coast. © US Army, Wikimedia public domain