The Dust Bowl is a series of dust storms that descended on the plains of the United States and Canada between 1930 and 1940. These dust storms destroyed crops, stripped the soil and buried fields, agricultural machinery and buildings in dust.

The Dust Bowl was therefore the cause of the agricultural disasters and rural exoduses in the centre of the United States.

Causes and consequences of the Dust Bowl

This phenomenon was due to the combination of a series of droughts, which followed a period of abnormal humidity in what was called the Great American Desert; and intensive farming carried out without erosion preventing techniques.

Stripped of plant cover, local plants and perennial crops, the soil did not absorb any humidity and was no longer held down by roots. Wind erosion was therefore intense and resulted in the destruction of arable land, and immense dust storms.

Measures implemented to contain these consequences

In parallel, measures to support the populations and farmers affected were implemented. 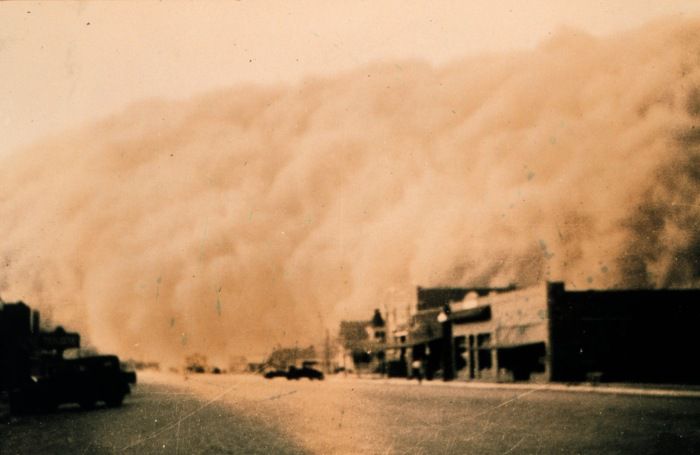