The dew point is the temperature at which the humidity of a gas, such as air, condenses (liquefies) to form water droplets.

When the dew point of the air is reached at a high altitude, hydrometeors form. When this point is reached locally by objects, water condenses in the form of dew (or frost, hoar frost, black ice) on the surface of these objects (plants, furniture, etc.). 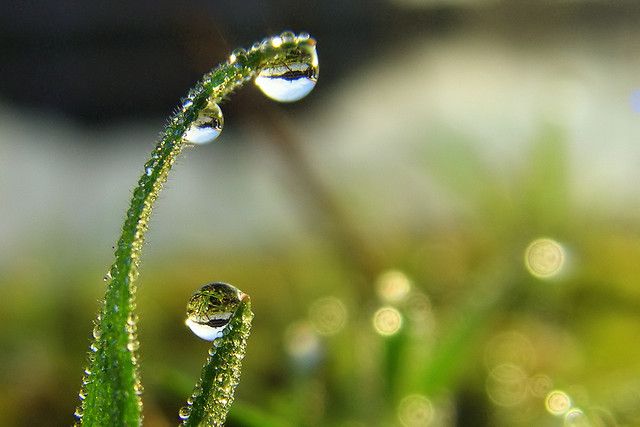 When the dew point is reached, water vapour condenses in the form of droplets. © Evan Leeson CC by-nc-sa 2.0