The Yersin bacillus (or Yersinia pestis) is the pathogenic agent responsible for the plaque.

Characteristics of the Yersin bacillus

This rod-shaped Enterobacteriaceae is a Gram negative bacterium. It was discovered on 20 June 1894, by Yersin, a Swiss physician. It is now classified as a bio-terrorism agent A.

Two strains of Yersinia pestis (KIM and CO92) have been completely sequenced. Their respective chromosomes are more than 4.6 million base pairs longs. They also contain three plasmids, two of which are essential for their transmission by fleas.

Yersin bacillus and the plague

A bite from the infected flea leads to the bacteria being introduced through the skin towards the lymphatic system. After multiplying in a lymph node the bacteria reached the blood circulation and are distributed throughout the body. 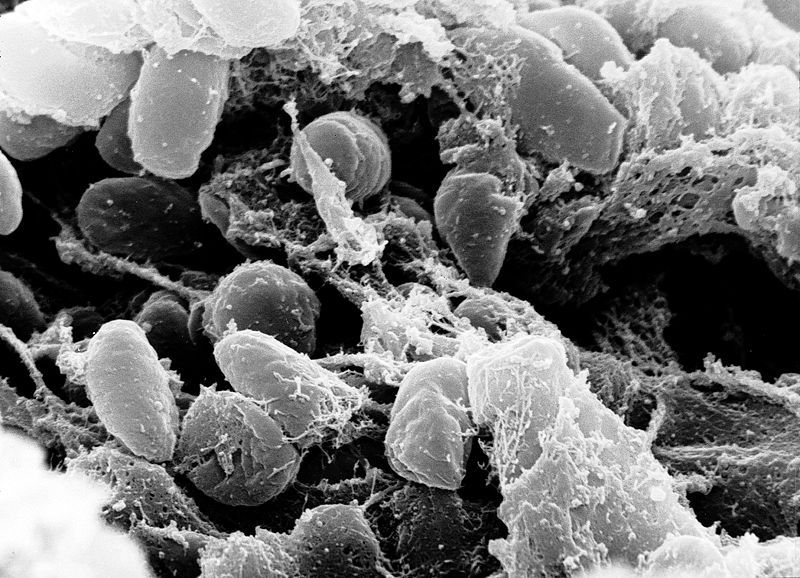 The agent responsible for the plaque is a bacterium called Yersinia pestis. © DR