The West Nile virus disease is caused by a zoonosis present in France since the 1960s whose distribution across the planet has recently changed.

The disease is caused from infection by the West Nile virus (WNV). The usual reservoir for the virus is birds which act as the amplifying host.

WNV affects human beings accidentally, usually from a bite from an infected mosquito although the infection may be transmitted in certain human blood products.

The incubation period is 2 to 15 days (21 days for transfusion infections). Infection is usually clinically silent: 80% of human WNV infections are asymptomatic. In other cases the patients present a flu-like syndrome with fever, headaches, and muscle aches. Very rarely (1 in 150 cases), the disease presents a severe form with neurological features (aseptic meningitis, meningo-encephalitis, acute flaccid paralysis), and is mostly described in the elderly. The mortality rate has been estimated at 2%.

There are no treatments or vaccines for the West Nile Virus disease. The medicines used only reduce symptoms. 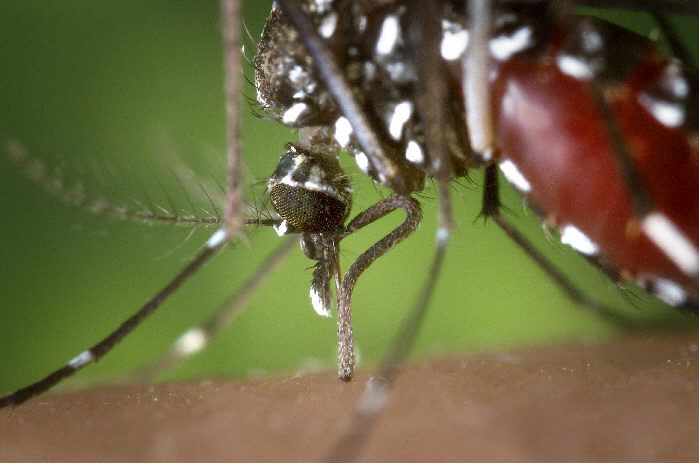 One of the vectors for the disease is the Aedes albopictus mosquito. © DR