The West Nile virus is the agent that causes the disease of the same name, which produces violent fevers.

Features of the West Nile Virus

The West Nile virus is a virus belonging to the Flaviviridae family and the genus Flavivirus. It is therefore a cousin of the other viruses that are pathogenic to human beings (yellow fever and dengue fever viruses). It is particularly found in tropical regions and temperate areas.

The viral particle is spherical, approximately 50 nanometres in diameter, and enveloped by a membrane originating from the cell. The capsid protein contains a genome that is a positive linear RNA molecule of more than 10,000 bases coding directly for a polyprotein. This is cleaved by proteases into 13 independent proteins.

The West Nile virus and disease in human beings

The virus is transmitted to human beings by a mosquito vector but the low viral load in infected people makes it difficult for epidemics to occur from direct human to human spread. Mammals are also considered to be accidental hosts of the virus, the main reservoir being birds. Currently, transmission may also occur in blood transfusion. 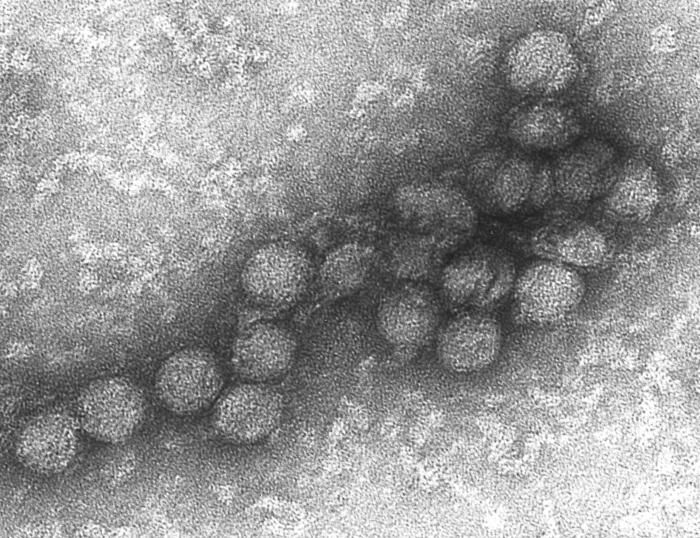 The West Nile virus is a spherical virus that causes violent fevers in human beings. © DR