Tetanus is an infectious disease caused by the bacterium Clostridium tetani.

Infection by the Clostridium tetani bacterium causes four main forms of the disease:

The bacterium reaches the central nervous system after an incubation period lasting a few days. The toxin which it produces, tetanospasmin (or tetanus toxin), inhibits the inhibitory motor neurone synapses in the spinal cord and brain stem, causing spasms, seizure and muscle rigidity. Death occurs in 30 to 40 % of cases, even in countries where medical management is available.

The Clostridium tetani bacterium lives in the gastro-intestinal system of animals (including human beings) and is spread in their excrement. The bacterium exists in the form of extremely resistant spores and enters the body through skin wounds. Once it reaches the blood, and under anaerobic conditions, the spores can germinate and produce toxins.

Tetanus can be treated by removing the bacterium (removing the skin around the infected wound and antibiotic therapy) injecting antibodies which neutralise the toxin, and blocking neurons with inhibiting compounds.

There is also a very effective anti-tetanus vaccine (tetanus toxoid) which has almost eradicated the disease in developed countries. 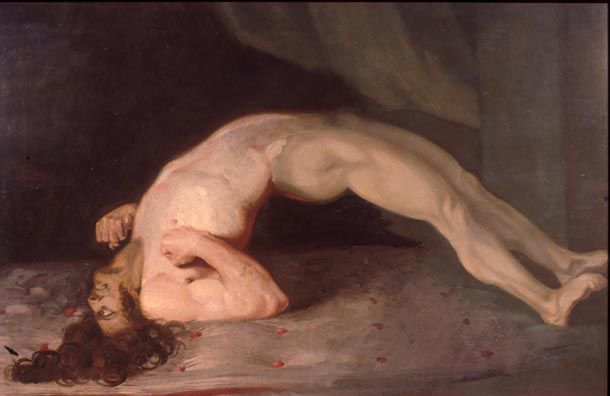