Schistosomiasis is considered to be the second leading parasitic infection after malaria.

The initial symptoms of infection are skin rashes or itching followed by high temperature, rigors, coughing and muscle pains that develop once the parasites mature after a two-month incubation period. . If it is not treated, blood may be passed in urine and faeces. In children, it has an adverse effect on growth, nutritional status, and cognitive development. Chronic infection causes liver, renal, and bladder diseases. It may affect the nervous system, causing seizures, paralysis and spinal cord inflammation.

The disease is caused by a parasitic worm, belonging to three species of Platyhelminthes (flatworms): schistosoma haematobium, schistosoma japonicum, and schistosoma mansoni. The infection is caused by the larvae which colonise marshes, open water, and enter the body through the skin. The larvae development cycle involves several species of freshwater gastropods.

After entering through the skin, the larvae pass through the circulating blood, transforming and reaching the intestines or the bladder where they mature, mate, and produce eggs. The eggs cause damage to different tissues, particularly the bladder and liver, and various reactions which cause inflammation and illness. Faeces or urine from infested people that contain the eggs produced by the parasites pass back into water and these eggs rupture producing larvae which in turn infect the aquatic gastropods, leading to the next generation.

The disease affects water irrigation and fishery workers, and tourists who bathe in infested water.

Schistosomiasis is mostly seen in Africa, but is also found in the Americas (Brazil, Surinam, and Venezuela, and several Caribbean islands), the eastern Mediterranean (Saudi Arabia, Islamic Republic of Iran, Iraq, Syria and Yemen), and the Far East (Cambodia, China, Indonesia, Japan, Democratic Republic of Laos and the Philippines).

Two hundred million people are estimated to suffer from the disease. 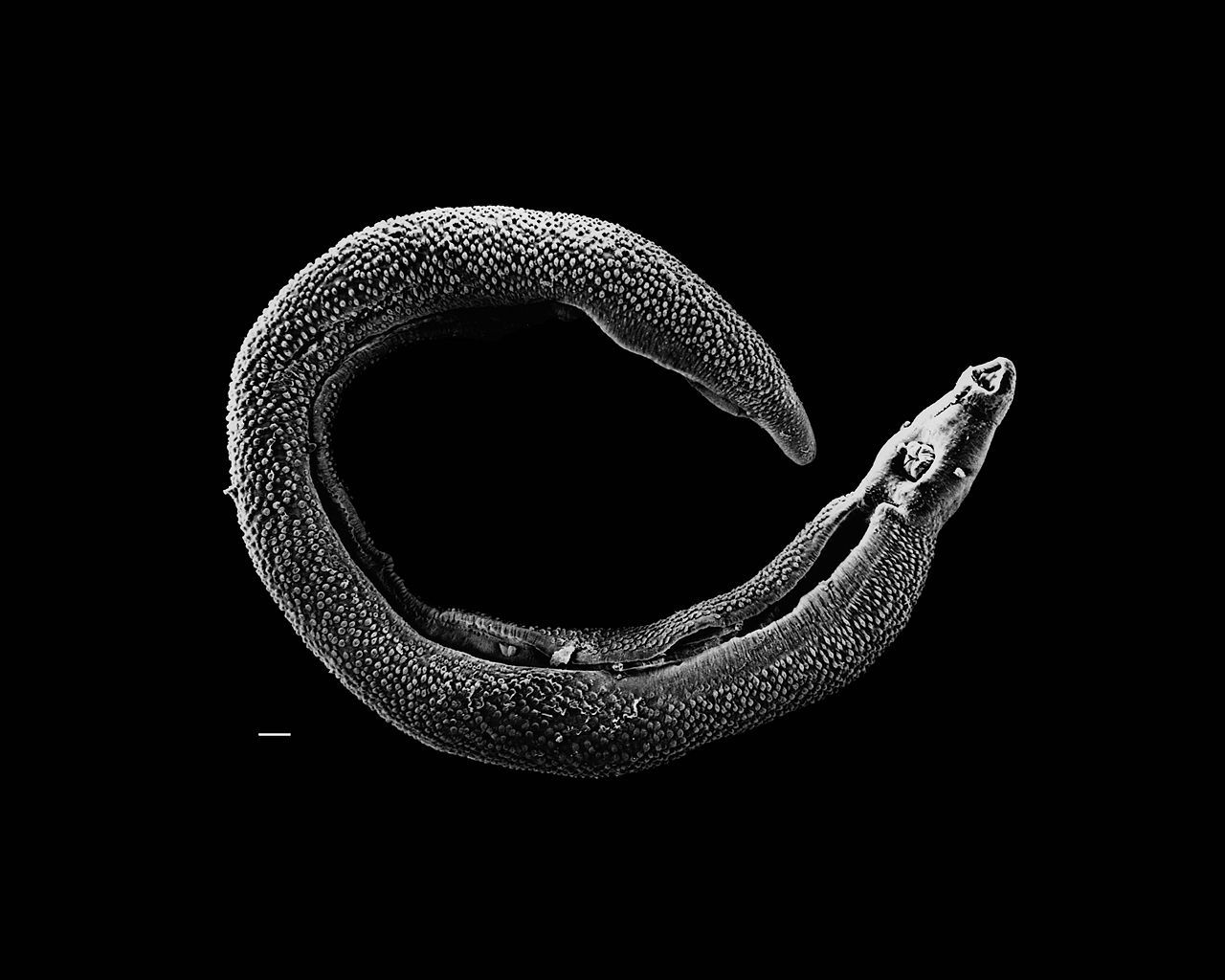