Salmonellosis is an infectious foodborne illness caused by the bacterium Salmonella, that causes gastroenteritis.

The salmonelloses are mainly caused by the Salmonella serotypes Typhimurium and Enteritidis, present in food.

Although contamination may come from other foods, the bacterium reaches the digestive system in raw or inadequately cooked foods such as meat, poultry, eggs, and milk. Contamination can also occur by contact between human beings and infected domestic animals (cats or dogs and also birds and reptiles), which are infected by eating contaminated food.

The toxins (enterotoxins) of the bacterium cause an acute episode of fever, abdominal pain, diarrhoea and nausea that are sometimes accompanied by vomiting. The disease itself is a gastro-enteritis and is generally not severe, although it can cause serious complications in more vulnerable people (children, the elderly). The accompanying dehydration can be severe or even fatal.

In most cases the gastro-enteritis disappears after a few days without recourse to medicine. Salmonellosis is treated with antibiotics if the bacterium crosses the intestinal wall, and in younger or older people. 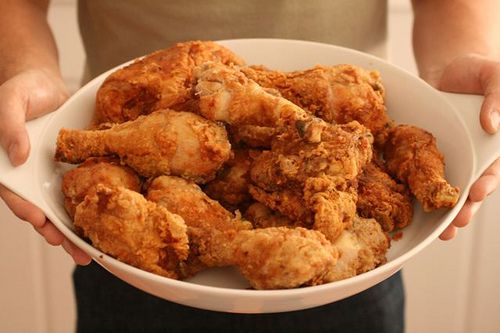 Poultry can be contaminated by Salmonellae and cause salmonellosis. © thebittenword.com, Flickr, CC by 2.0