The Salmonellae belong to the Enterobacteriaciae genus Salmonella. They cause two types of illnesses: gastroenteritis from food poisoning (salmonellosis), and typhoid and paratyphoid fevers.

They are Gram negative bacilli which are mobile in all directions because of their flagelli. They are facultative aerobic-anaerobic.

They have a genome composed of a chromosome with almost 5 million base pairs coding for approximately 4,500 proteins.

The first group are limited to the gastrointestinal system whereas the second can cross the intestinal barrier, colonising lymphoid tissue. Their pathogenicity is due to endotoxins produced by the salmonellae. 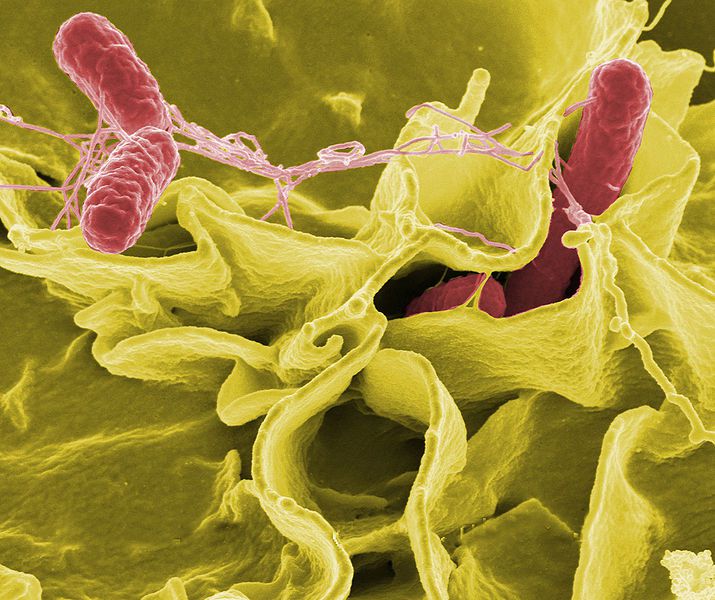 Salmonella is a pathogenic bacterium responsible for salmonellosis and typhoid fever. © DR