Pneumococcus (Streptococcus pneumoniae) is a bacterium belonging to the Streptococcusgenus. It is the most common of the agents responsible for pneumonia.

Pneumococcus is often found in pairs of two adherent bacteria (diplococcus). They are Gram positive bacteria. The genome is relatively small with approximately two million base players carried on a circular chromosome which codes for 2,000 proteins.

The presence of bacterium in human lungs does not necessarily cause symptoms. It may be a commensal bacterium like Escherichia coli in the digestive system.

The pathogenic potential of the Pneumococcus is partly based on bacterial replication and also on the secretion of virulence factors (a polysaccharide capsule and a toxin which forms pores), although it has not been established how the bacterium changes from being commensal to pathogenic.

The Pneumococcus is also responsible for meningitis and otitis. 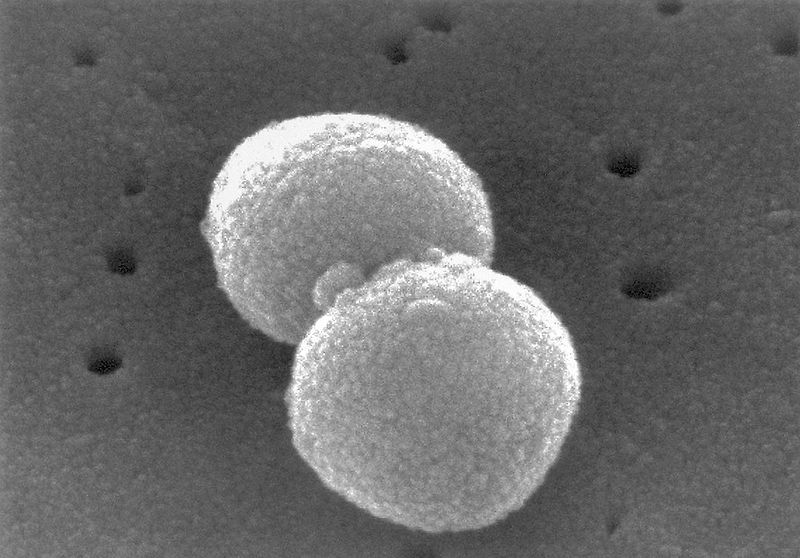 The Pneumococci are one of the agents responsible for pneumonia. © DR