The Nicolaier bacillus or Clostridium tetani, is a bacterium which causes tetanus.

Characteristics of the Nicolaier bacillus

The Nicolaier bacillus is a rod-shaped, Gram positive, anaerobic bacterium, 0.5 micrometres wide and 5 micrometres long. The bacterial genome consists of a 2.8 million base pair chromosome which codes for more than 2,300 proteins and a plasmid.

It is telluric and found ubiquitously as an extremely resistant spore which can look like a pin. This is the form which is found in the gastro-intestinal tract of animals (and human beings) and is entirely harmless. When favourable conditions are present, however, it can germinate and produce the tetanus toxin.

The Nicolaier bacillus produces two endotoxins, tetanolysin and tetanospasmin. The first of these does not appear to be involved in the pathogenicity of the bacterium although the second which is coded for by the bacterial plasmid is responsible for the symptoms of tetanus.

Tetanospasmin is initially produced as aprecursor and is then cleaved by bacterial proteases. It then becomes active, is recognised by a nerve receptor and is endocytosed. Within the neurone, the toxin then inhibits release of the neurotransmitters glycine and GABA, in other words it blocks inhibitory synapses which then causes the symptoms. 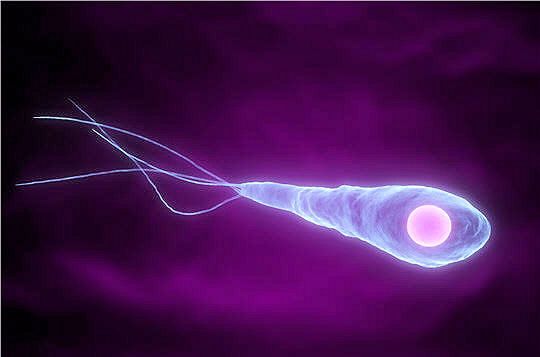