Lymphocytes are a type of white blood cell.

Lymphocytes belong to the leukocyte family (white blood cells). They are small round cells (approximately 7 micrometres in diameter) and contain a nucleus. They are found in blood, bone marrow (where they are produced) and lymphoid tissues (spleen, lymph nodes).

There are two main families of lymphocytes, which do not differ morphologically but are different in molecular terms (depending on the receptors on their cell surface): B lymphocytes and T lymphocytes.

Lymphocytes play a central role in the immune system. Consequently, their blood concentrations increase during infections. The two types of lymphocytes use two different mechanisms.

B lymphocytes (which develop in the bursa of Fabricius in birds, hence the name B), are responsible for antibody production, or humoral immunity.

T lymphocytes (which are produced in the thymus, hence the name T) are involved in cell-mediated immunity.

T lymphocytes (particularly T4, which carry the surface receptor CD4 on the cell) are target cells for the AIDS virus, which is why people infected with the virus become immunosuppressed. 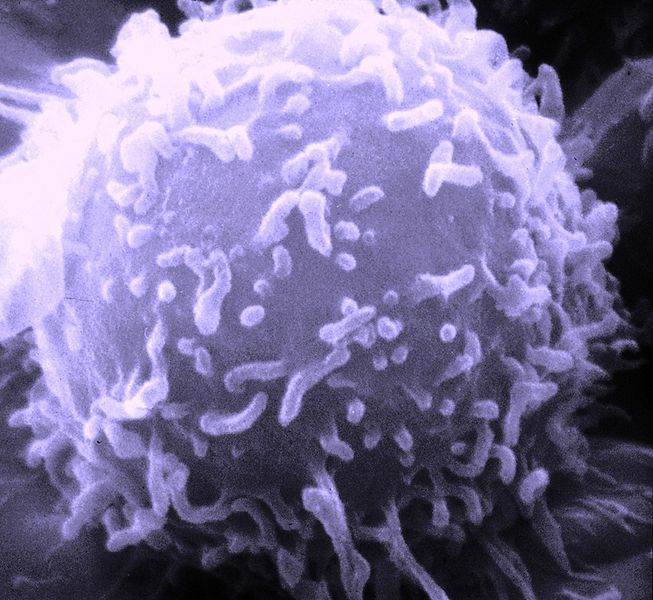