Lesser celandine (ranunculus ficaria) is a very common herbaceous plant found in some fields, forests, banks and verges. It is well known for its effects on haemorrhoids and rich vitamin C content and is a member of the Ranunculaceae family.

Lesser celandine owes its latin name ficaria to its fig shaped tubercles. It is vigorous plant which grows to a height of 10 to 30 cm, it can be recognised in March - April from its bright golden yellow flowers. The fruit is an achene as it contains only one kernel. Like the acorn. Its leaves are heart-shaped, shiny and bright green and together with the roots hold the main medicinal properties of the lesser celandine.

Lesser celandine contains large amounts of glycosides, molecules belonging to the saponoside family known for their vasoconstricting properties. They are useful therefore in treating some circulatory disorders. Its rich vitamin C content makes it a remedy for scurvy. It is also effective for damaged gums, swollen joints, scabies and warts. Lesser celandine is mostly prescribed for external use to treat haemorrhoids. It is used for this mostly as ointments, liniments or suppositories.

Lesser celandine is believed to be slightly toxic. Like other Ranunculaceae, however, it may be irritant or even rubefacient (causing redness). In other words it may cause transient congestion in the skin. Contact with the plant can therefore cause a blister. This side effect explains why it is used externally and not internally. 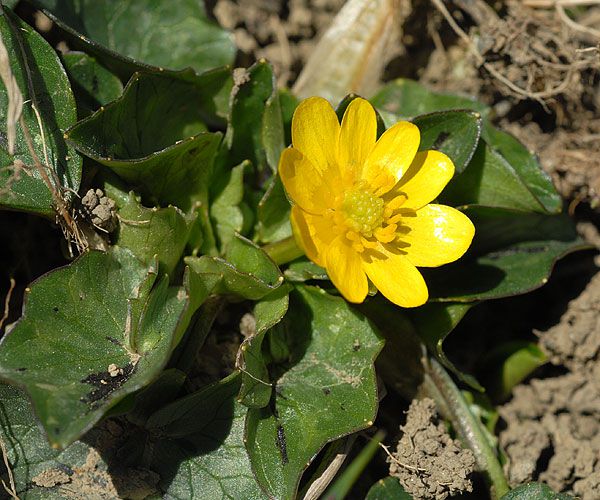